9 Career lessons to learn from Game of Thrones

That was it. Whether or not you’re satisfied with the ending or expected even more main characters to die horrendously, Game of Thrones is over. After 71 episodes of character development and some awe-inspiring plot twists, this has been some of the best TV any of us have seen. Ever. 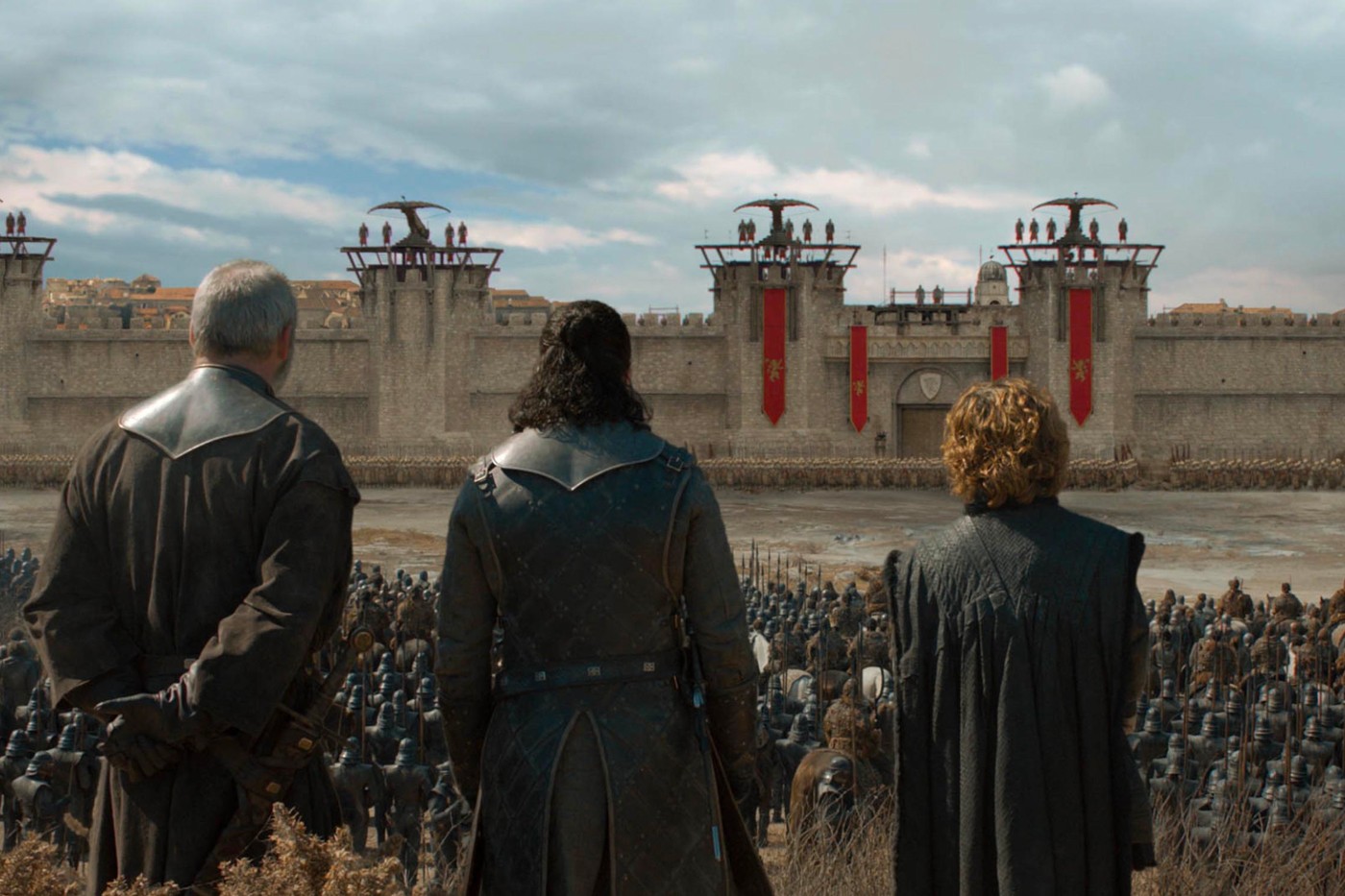 As it turns out, Game of Throne’s biggest ‘gotcha’ was that between all the violence, nudity and dragons, the show actually offered some important career advice too. So, here are 9 career lessons that this legendary show taught us. Just be careful, because spoilers are coming…

Every Game of Thrones character that lasted for longer than a season implicitly knew the value of surrounding him- or herself with good people. A case in point would be Daenerys, the longstanding favorite to unseat Cersei and claim the Iron Throne for herself. Over the seasons, Daenerys took advice from a diverse range of people including Missandei, Ser Jorah, Ser Barristan and even Daario Naharis (Btw, has anyone seen Daario?). The final season saw her leaning heavily on Jon Snow, Tyrion, and Varys for their expert insights into politics and battle tactics.

To apply this lesson to your own career, you should always seek to surround yourself with people who can offer smart insights and advice, helping to increase your chances of success and drive your career forward. And if you’re not happy with their feedback you can always feed them to your dragon. Just make sure you don’t get stabbed in the heart by your nephew in the process.

We’ve repeatedly seen examples of this lesson in action during Game of Throne’s eight glorious seasons, most memorably when Ser Barristan Selmy quit like a boss after being insulted with an offer of early retirement. But let’s be honest, if your boss looks even remotely like Cersei, it’s probably best to move on while you still have your head attached to your shoulders. 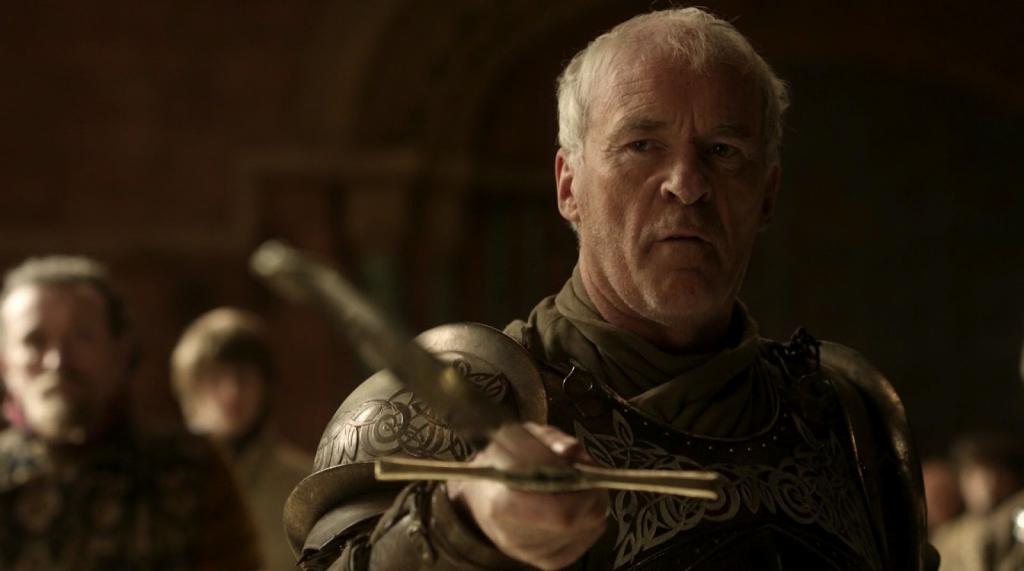 Look, we all know how it feels to be working on a project that just isn’t coming together. While we’re certainly not suggesting that you drop every challenging task or project, we are suggesting to regularly reevaluate when to double down and push through, and when to take a breather and plan another approach. By the way, if you feel like you’re ready for the next challenge, just have a look at our job page!

Throughout the course of the show, Game of Thrones characters always forged alliances when it served their best interests, even if it meant calling a truce with their sworn enemies. At the start of the final season, Sansa Stark’s distrust of Daenerys was palpable from the moment the Lady of Dragonstone arrived at Winterfell, with hostile stares aplenty. Yet by the season’s second episode, the two had achieved a fragile alliance with Daenerys saying, “‘I want to fight for Winterfell, Lady Sansa – if you’ll have me”. We all know Dany ended up going full mad queen-mode by burning King’s Landing to the ground but for the sake of this career lesson, let’s just pretend that never happened… 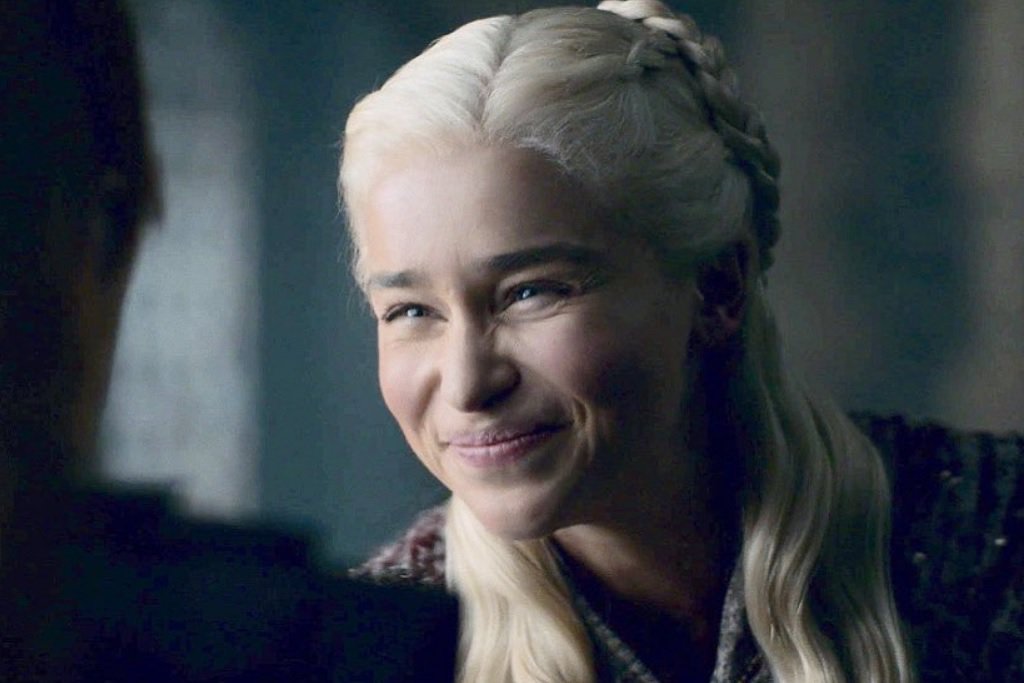 The career lesson here is clear: squabbling over petty, trivial things is ultimately futile. To survive in hostile environments, whether it’s the office floor, Westeros or a cold and dark place behind the Wall, you need to make alliances. Always strive to set aside personal differences and form strong working relationships with colleagues you don’t necessarily see eye to eye with. Or you can just chop their head off, but you didn’t hear that from us…

You don’t need to be a sex-crazed dwarf to appreciate Tyrion Lannister’s uncanny ability to survive any challenge that came his way. Like a cat with nine lives, Tyrion’s legendary wit and humor saved his skin time and time again. Was he a powerful warrior? Nope. Was he innocent? Nope (In case you forgot, he shot his own father with a crossbow). Yet he held his own and did alright for himself. Why?

Tryion understood his strengths and limitations and always found a way to put his best foot forward. Instead of shying away from his weaknesses, he embraced them and turned them into strengths. Tryion may have been a lustful little imp with a drinking problem but if there’s one thing he understood, it was career advancement.

To achieve a successful career, you should know your strengths and plan your career moves accordingly. Keep your best cards to your chest, but always rise to meet any challenge and don’t be afraid to show your true worth. Whether you’re facing a difficult colleague, dealing with a challenging manager, or staring down a competitor, don’t be afraid to unleash your killer moves when the timing is right. And if things don’t go your way eventually, there’s always trial by combat!

#5 Don’t be afraid to ask for help

Game of Thrones characters never shied away from asking for help. Remember the Battle of the Bastards? Sansa wasted no time asking Littlefinger for a helping hand. Yeah, her smug face at the end of the battle might have been a bit annoying, but here’s the lesson; don’t be afraid to ask for help. It doesn’t matter who you are – even Daenerys needed help before heading south to take on Cersei. And she had a dragon. Nobody can be everything to everyone, so chill.

The career lesson here is to never be too proud to ask for help when you need it. When the chips are down, everyone needs support and encouragement, no matter how overwhelming the odds appear. It’s great to figure something out on yourself but it’s also okay to admit that you can’t know everything.

Starting from its pilot episode, Game of Thrones centered around two eternal struggles: good versus evil, and the Lannisters versus, well, everyone. But when you think about the characters that prospered, they usually got there with their brains rather than their brawn. Take Varys, the show’s gossiper-in-chief. He made it from the gutters across the Narrow Sea all the way to the small council in King’s Landing. How? By knowing stuff! Not bad for someone who was born a slave right? 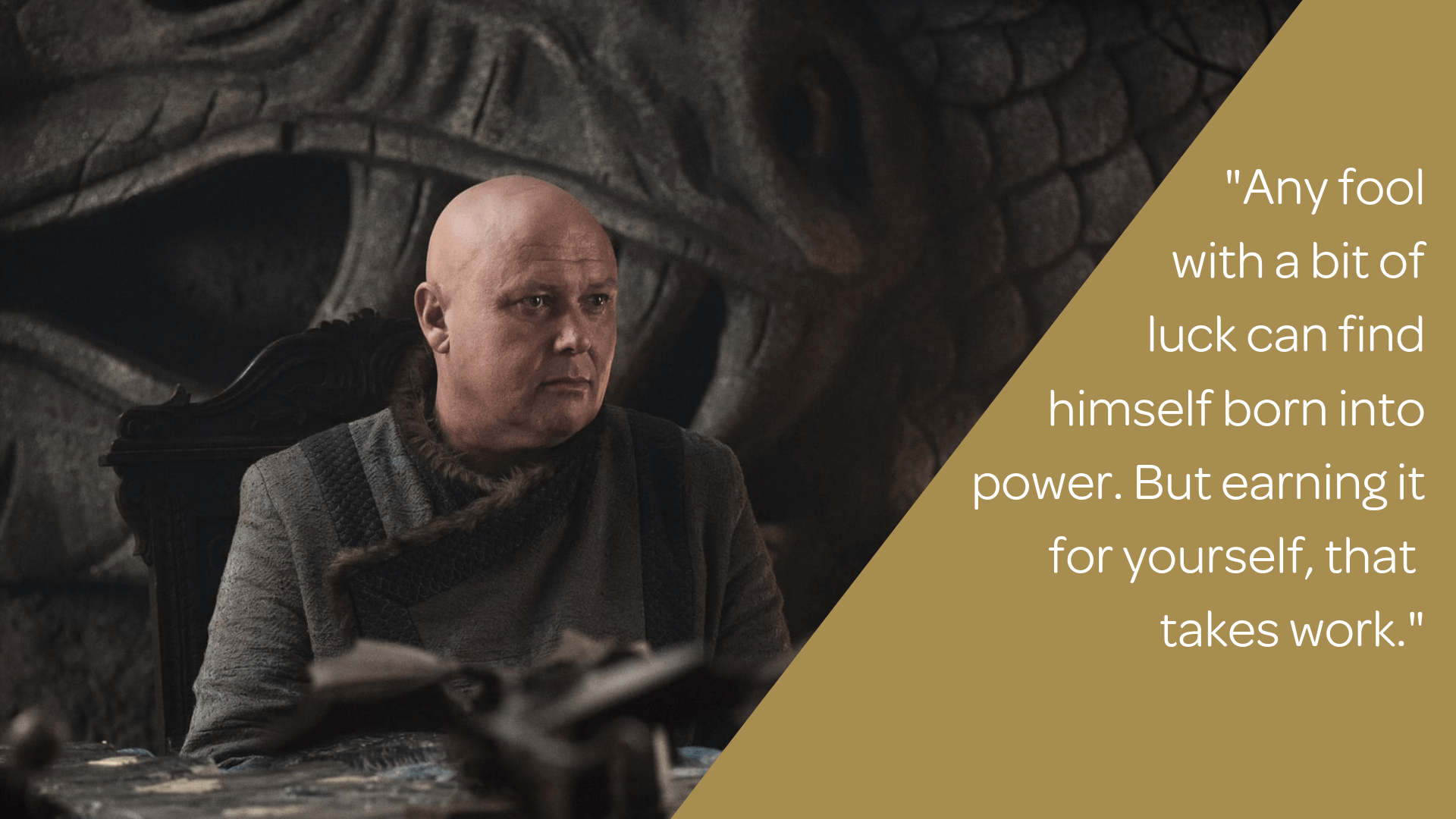 The takeaway is obvious: no amount of physical power or resources can outmatch knowledge. Not even a dragon. In order to be on the right end of Industry 4.0, you need to embrace lifelong learning and push yourself to master new skills. The responsibility for your own career is nobody’s but your own. So take it. Just try not to get burned alive doing so, #dracarys.

The show’s penultimate episode saw Daenerys finally go full beast-mode and raze King’s Landing to the ground. Given the Targaryen motto – ‘Fire and blood’ – Dany’s transformation into the Mad Queen was hardly a surprise. But it basically undid all of her hard work in presenting herself as the rightful heir to the Iron Throne. Because we all know how that story ended.

To advance your career you need a range of appropriate ways to cope with pressure and stress. And no, setting people on fire shouldn’t be one of them! Losing your cool can blow your career chances, so keep a level head. Find fun ways of letting off steam, such as challenging a colleague to a quick game of pool or even an office Nerf war!

Obviously, we couldn’t conclude this blog post without talking about Lyanna Mormont. She’s small but knows how to command respect and always makes sure her voice is heard. And let’s not forget that she single-handedly killed a zombie giant. But what can this legitimate badass teach us? More than any other Game of Thrones character, Lady Mormont epitomized the power of self-belief. 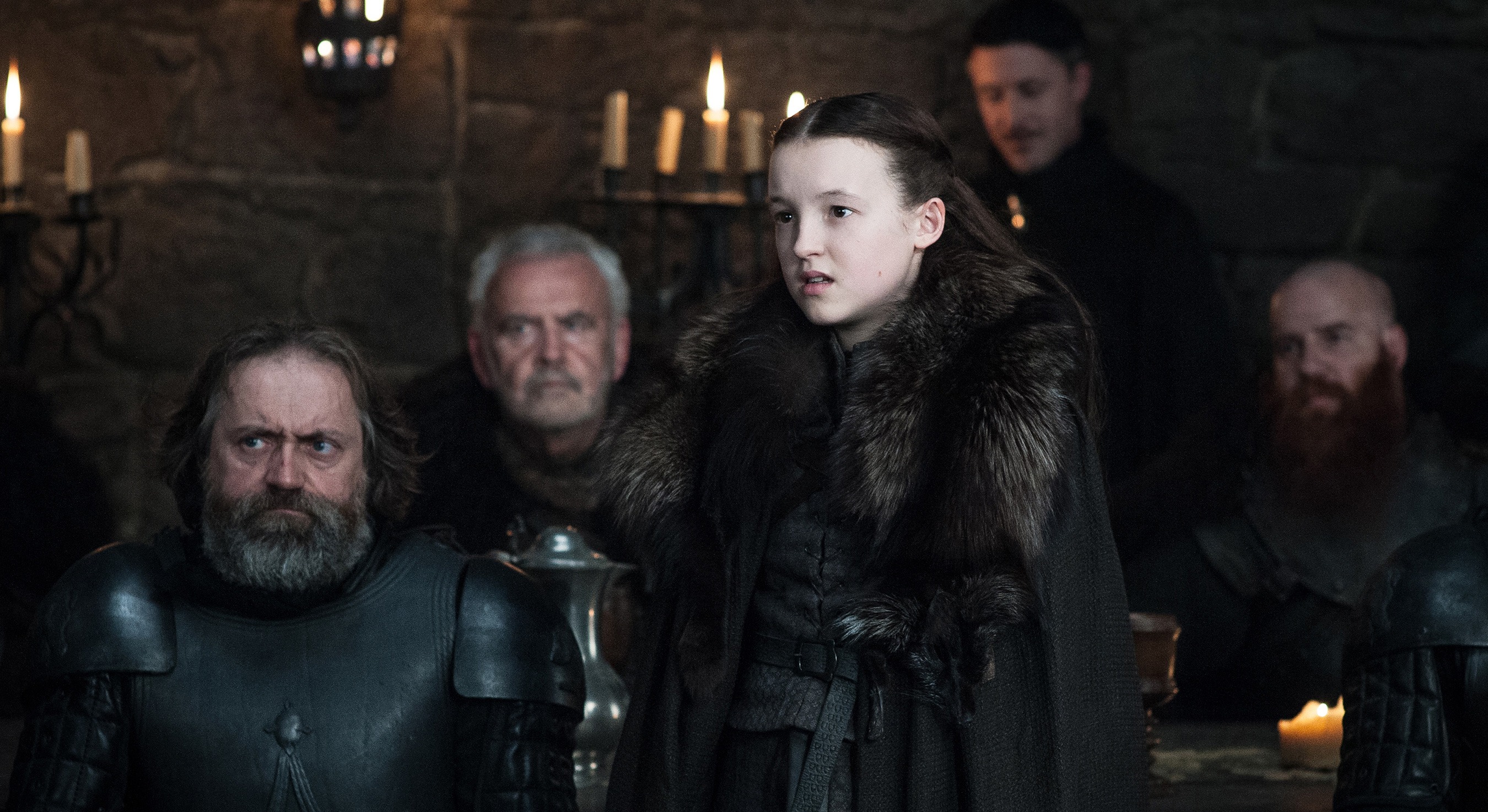 Regardless of your size, age, or gender, never be afraid to stand up for what you believe and let your voice be heard. Others may dismiss you or underestimate you, but you’ll only be pushed around if you allow it. Take a leaf from Lady Mormont’s playbook and stand toe to toe with anyone, no matter who they are. Also, if she’d had three dragons, Game of Thrones would probably be over five seasons ago…

#9 Write your own story

It’s been a heated discussion in the Exellys office as well but some of us just aren’t happy with how season 8 turned out. There’s even an online petition to rewrite the final season (FYI, it has been signed over a million times).

Anyway, if you’re not happy with how your career is evolving it’s you who should take action. So position yourself in front of the mirror every now and again and ask yourself if you’re still going where you want to go. And if the answer is no, then do something about it. 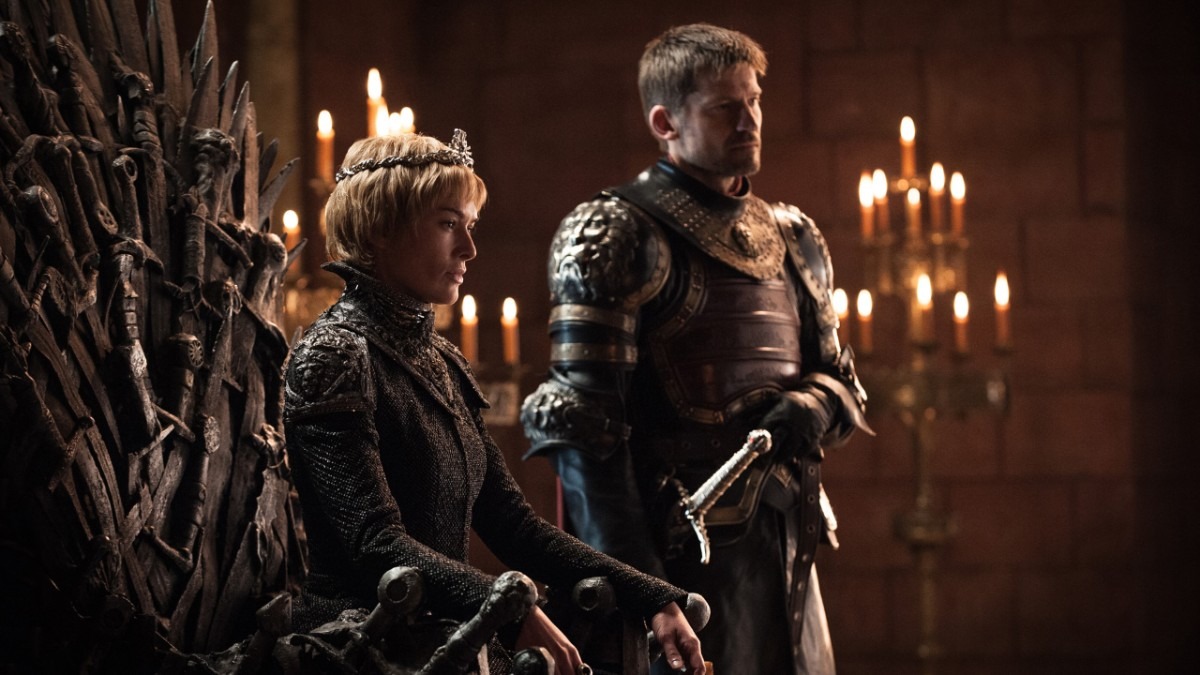 Which career lessons will you take on board?

You may not be battling dragons at your day job but hopefully, these nine career lessons will help propel your career to new heights and vanquish any challenges you face. We can’t help you to conquer the Iron Throne, but we can help you plan your next career move or help you gain new skills. Discover how on our brand-new website or just pay us a visit in Mechelen or Brussels. We’d love to talk to you about Game of Thrones or your career in tech. See you soon? 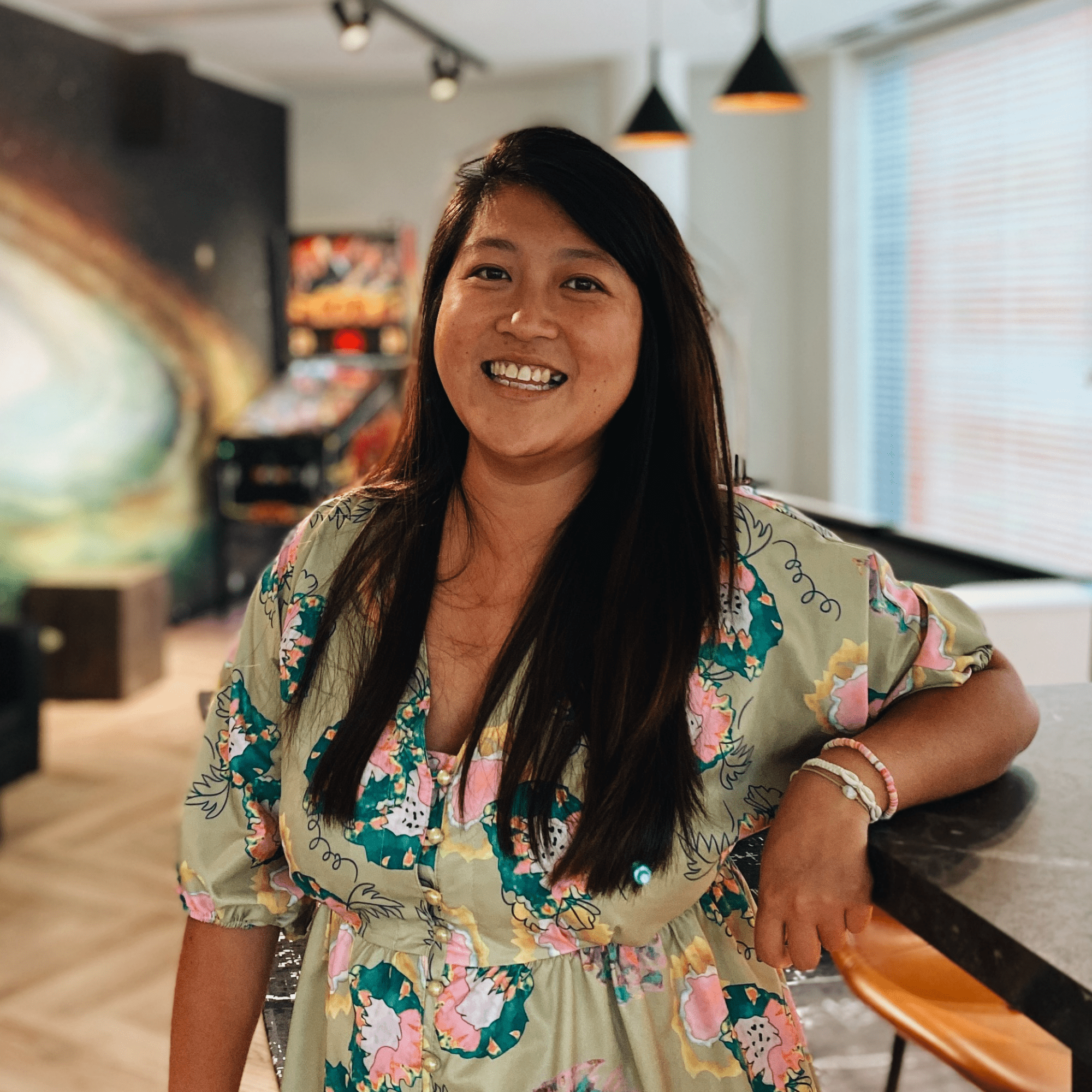