How to build a great(er) team

Written by Hans Vernimme on 10 September 2019 for Clients

When Patrick Lencioni published The Five Dysfunctions of a Team in 2002, little could he have imagined the following that his book would attract. Starting from the premise that teams are inherently dysfunctional, Lencioni’s management strategies soon found favour with managers across the globe who were searching for ways to make their own teams more effective. In this post, we’ll tell you everything you need to know about this must-read bestseller and outline the eight main ideas that you can use to build your own rock star team.

What’s in it for me?

As a manager, you know first-hand how crucial, yet difficult, it is to foster and promote great teamwork among a group of professionals. Teamwork doesn’t just happen by accident; it needs to be nurtured and crafted over time. But no team members are perfect in every way, they each have their own set of strengths and weaknesses. So how can you, as a manager, lead your team to greatness? 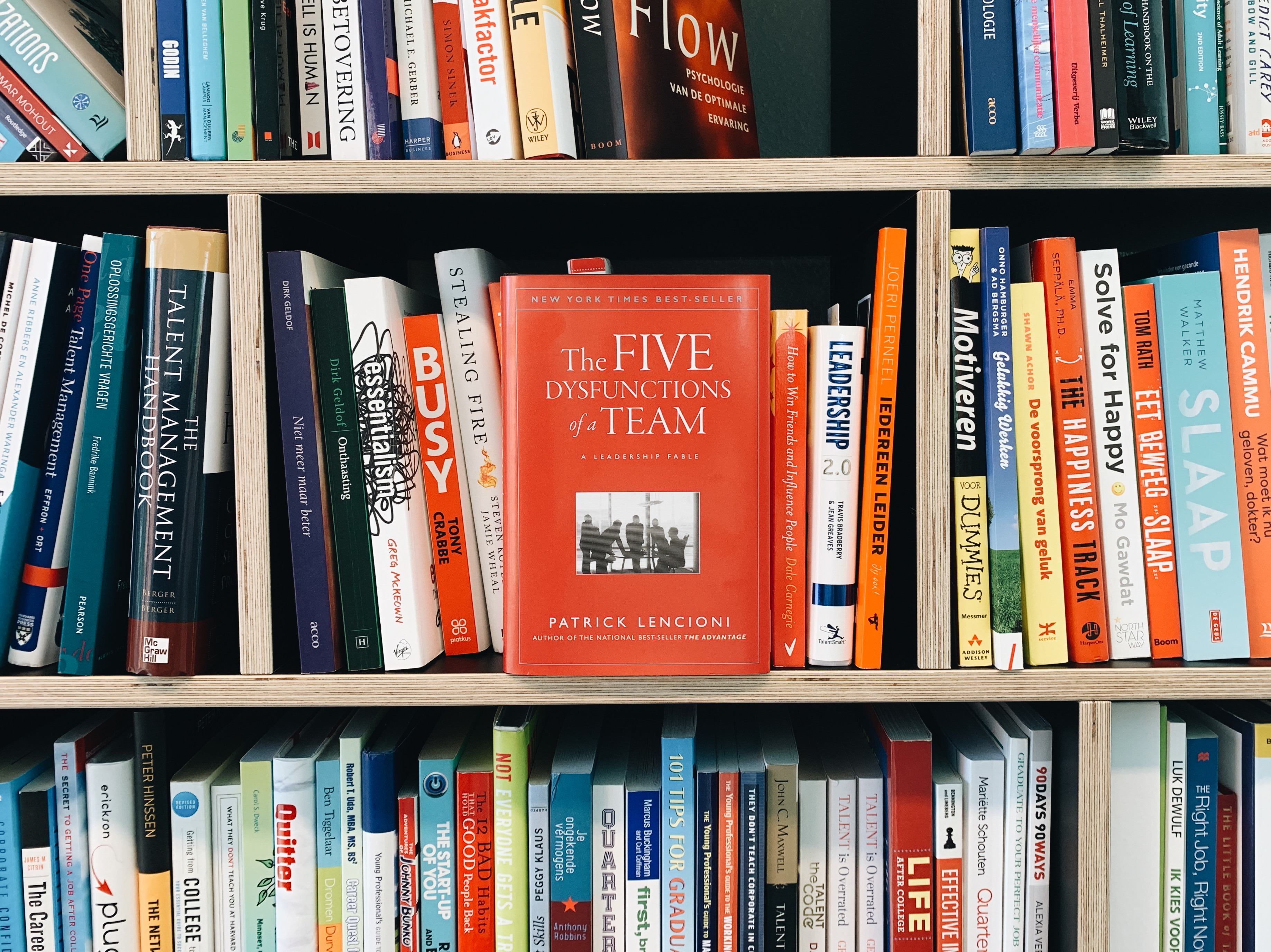 To address this challenge, The Five Dysfunctions of a Team starts from a simple premise: teams are inherently dysfunctional. The secret to great teamwork is using certain strategies to help build trust among team members. The main goal of the book is to show managers exactly how to set about creating this trust within their own teams.

The Five Dysfunctions of a Team will help you create a team that:

In this blogpost, we’ll share the eight key ideas from the book and show you exactly how to prepare your own team for greatness.

The first idea presented in The Five Dysfunctions of a Team is having regular, face-to-face meetings with team members. Many team inefficiencies can be resolved through encouraging the team to engage in a variety of meetings, including:

Regular meetings can help any team develop good better trust and rapport while resolving issues quickly and effectively. Through meeting and talking with each other, the team members will gain a better insight into the work of other members and how they may be able to leverage their skills to help meet collective goals.

Going against the trend towards shorter, stand-up meetings, or no meetings at all, Lencioni claims that regular meetings can actually save time in the long run: resources can be allocated more smartly and overlapping work can be avoided.

#2 Focus on collective results instead of individual goals

Every team has strong, talented members that know how to achieve, yet the team as a whole may not be operating efficiently. Why? Lencioni suggests that these teams simply aren’t focused on their collective goals, with each member more concerned about their personal career goals than with the success of the team as a whole. 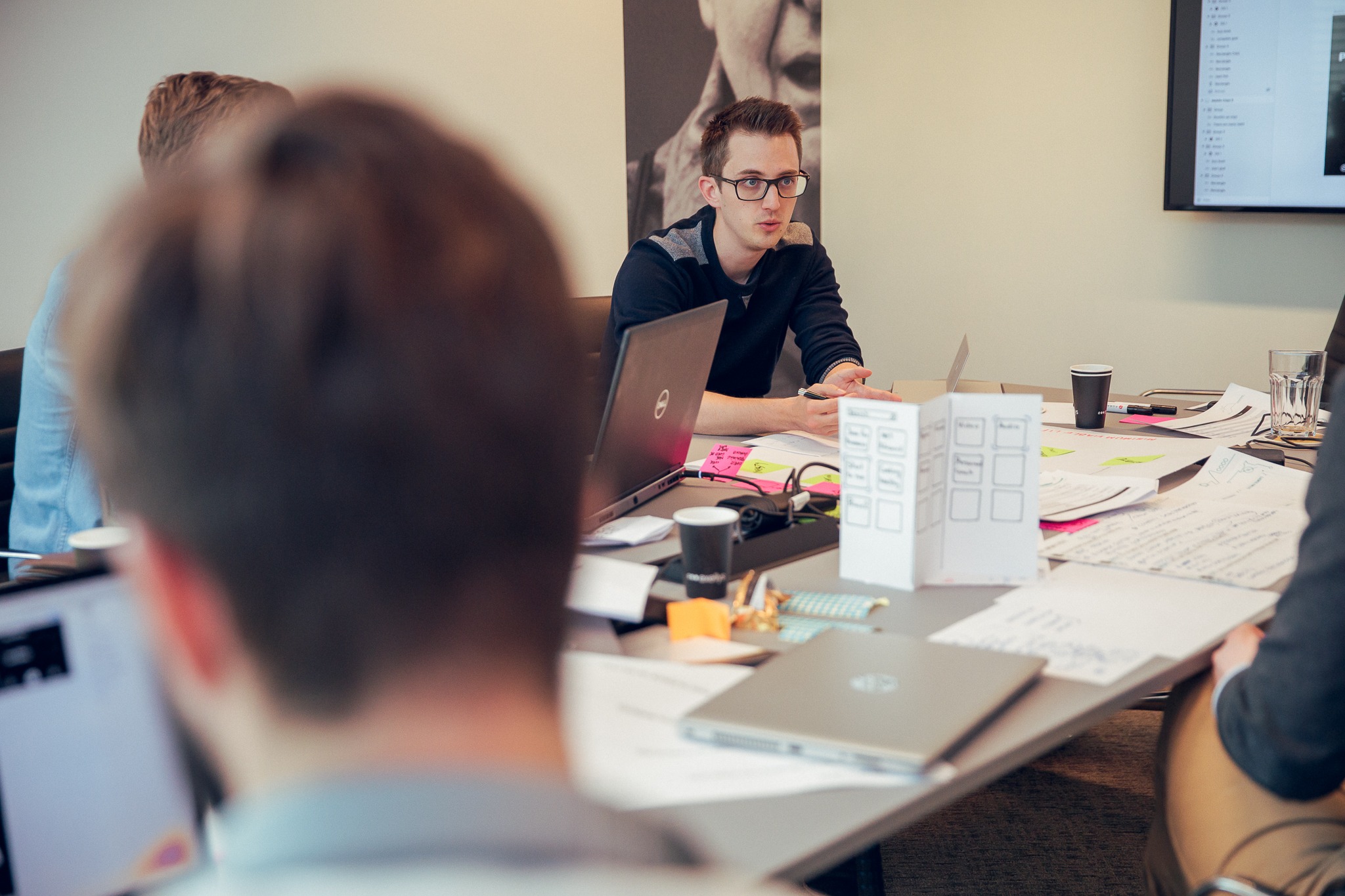 To remedy this, the second idea presented in The Five Dysfunctions of a Team is to create clearly defined collective goals that are easy to measure. By leaving no room for misinterpretation, you’ll make it far less easy for individual members to prioritize their own goals instead. An example of a strong, collective team goal would be:

To obtain (x) customers by the end of the fiscal year.

By uniting every team member behind this shared goal, you are forcing team members to cooperate, help get more customers and meet the common goal.

One of the main reasons for poor team performance is that team members don’t fully commit to decisions made during meetings, resulting in nothing getting done. The Five Dysfunctions of a Team calls for team leaders to encourage every team member to commit to every decision made, even if there is no consensus or certainty about its correctness.

To accomplish this, you should ensure that everyone is given a chance to express their own opinions. This way, even if their ideas are not chosen, they feel that their voices have been heard and they are more likely to support and rally around the group’s decision. The sign of a great team is when team members support their team’s decision even if it wasn’t the option their voiced support for.

#4 Admit your own mistakes and weaknesses to build trust

If team members aren’t working with each other and don’t feel comfortable debating each other, it’s likely because they don’t trust each other. To develop trust, Lencioni encourages managers to lead by example. After all, how can you expect your team members to share their own weaknesses, mistakes, and shortcomings if you aren’t prepared to share your own? 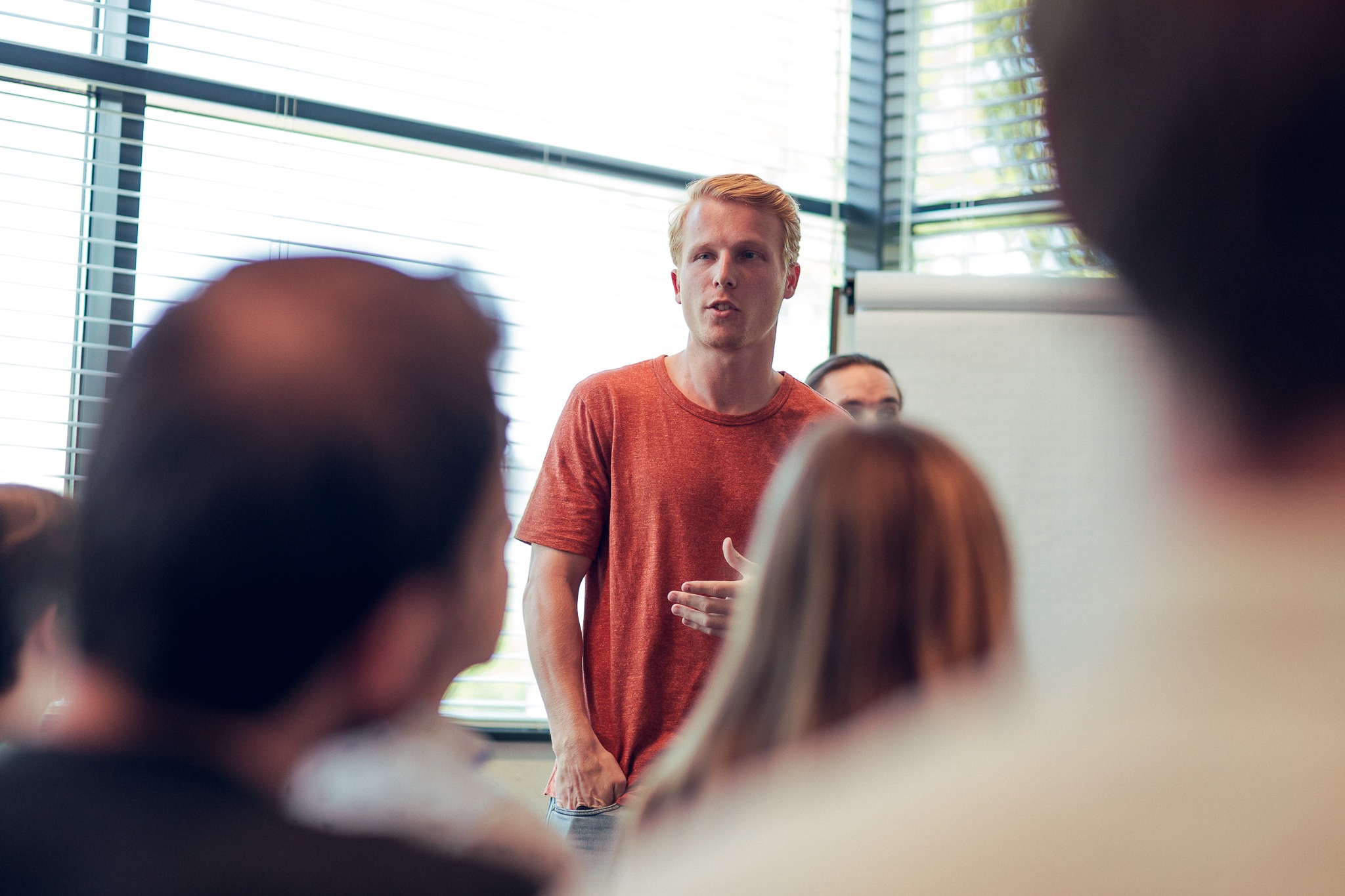 The fourth main idea presented in The Five Dysfunctions of a Team is for managers to share their own strengths and weaknesses with their team during a trust-building session. This shows the other members that there’s no need to feel vulnerable about being open and honest. If you, as the manager, share your own weaknesses first, you’ll be able to kick-start the trust-building process within your team.

#5 Encourage a culture of openness in your team

Unfortunately, building trust within a team isn’t as easy as simply admitting your own weaknesses and assuming that your team members will follow suit. Admitting to a mistake is seen as a sign of weakness, so most professionals are resistant to openly stating their shortcomings. So, how can you address this?

The Five Dysfunctions of a Team encourages managers to help their team members quash their basic caution by assuring them that there is no reason to be protective or careful within the team. One of the most powerful ways to do this is to link performance appraisals with the team’s collective goals.

Openly tell your team members that their performance targets are predominantly based on whether the team, as a whole, meets its goal, not on individual success or failure. This way, it is clear that the company’s intentions towards its employees are positive, and trust should develop.

Great teams are more than the sum of their individual members. Even teams that look great on paper may not function very well in reality. You could have heaps of talented, successful, ambitious people, scores of experienced executives and pools of skilled engineers and investors but if the teamwork isn’t right, you’re going nowhere.

The Five Dysfunctions of a Team’s overriding message is that good teamwork is your ultimate competitive advantage. It can help your company shine and prosper in the cutthroat business landscape. Therefore, developing good teamwork should be your top priority and you should instil this into your team members if you want to foster cooperation and great cohesion between team members. 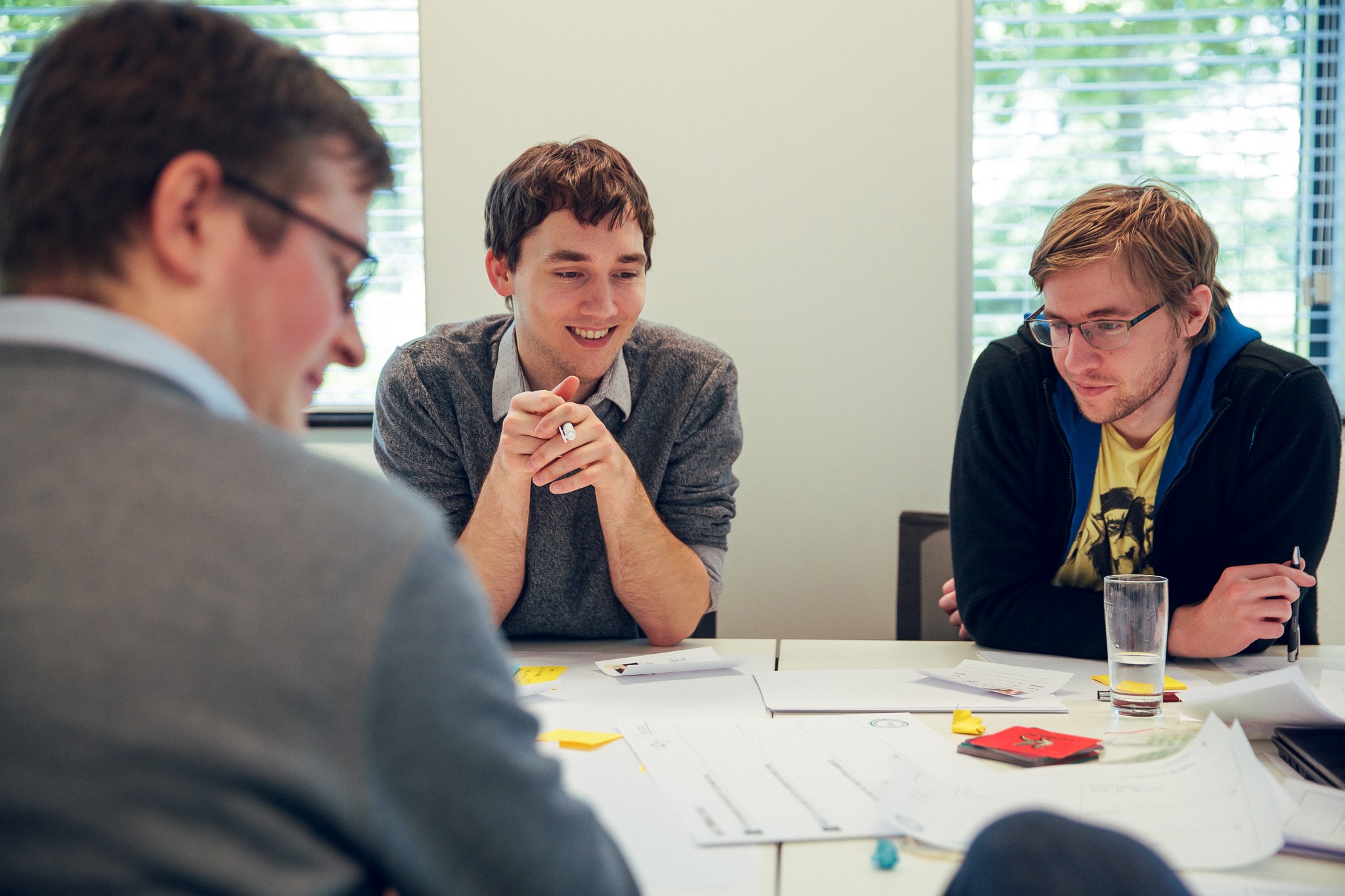 One strategy, as we’ve discussed, is linking performance reviews with team goals. This not only helps develop a culture of trust, it also demonstrates to your staff that teamwork is your top concern. They understand that they will be rewarded for their team’s performance and their own contributions towards working successfully with others. This approach can help turn around a slacking team and get a company back on track.

The Five Dysfunctions of a Team’s seventh main idea is to make each team member’s performance transparent by introducing peer-to-peer accountability. Why? In most teams, the team leader has sole responsibility with disciplining other team members. Too often, this results in problems such as a missed deadline, or mediocre results, going undetected until it’s too late. This, in turn, leads to poor team performance, as team members simply don’t feel accountable to their peers.

Lencioni suggests that issues can be addressed earlier if team members are encouraged to hold each other accountable. For example, let’s say that a certain member of a team is struggling to meet a deadline for a competitor analysis. If the team waits until the team leader takes action, the deadline will have passed. However, if the other team members notice this and address the issue themselves, the team is more likely to either encourage the team member to meet the deadline or be able to offer some assistance.

Creating a team culture where peer pressure is acceptable is tough. This idea should only be implemented after a culture of trust has been developed within a team. 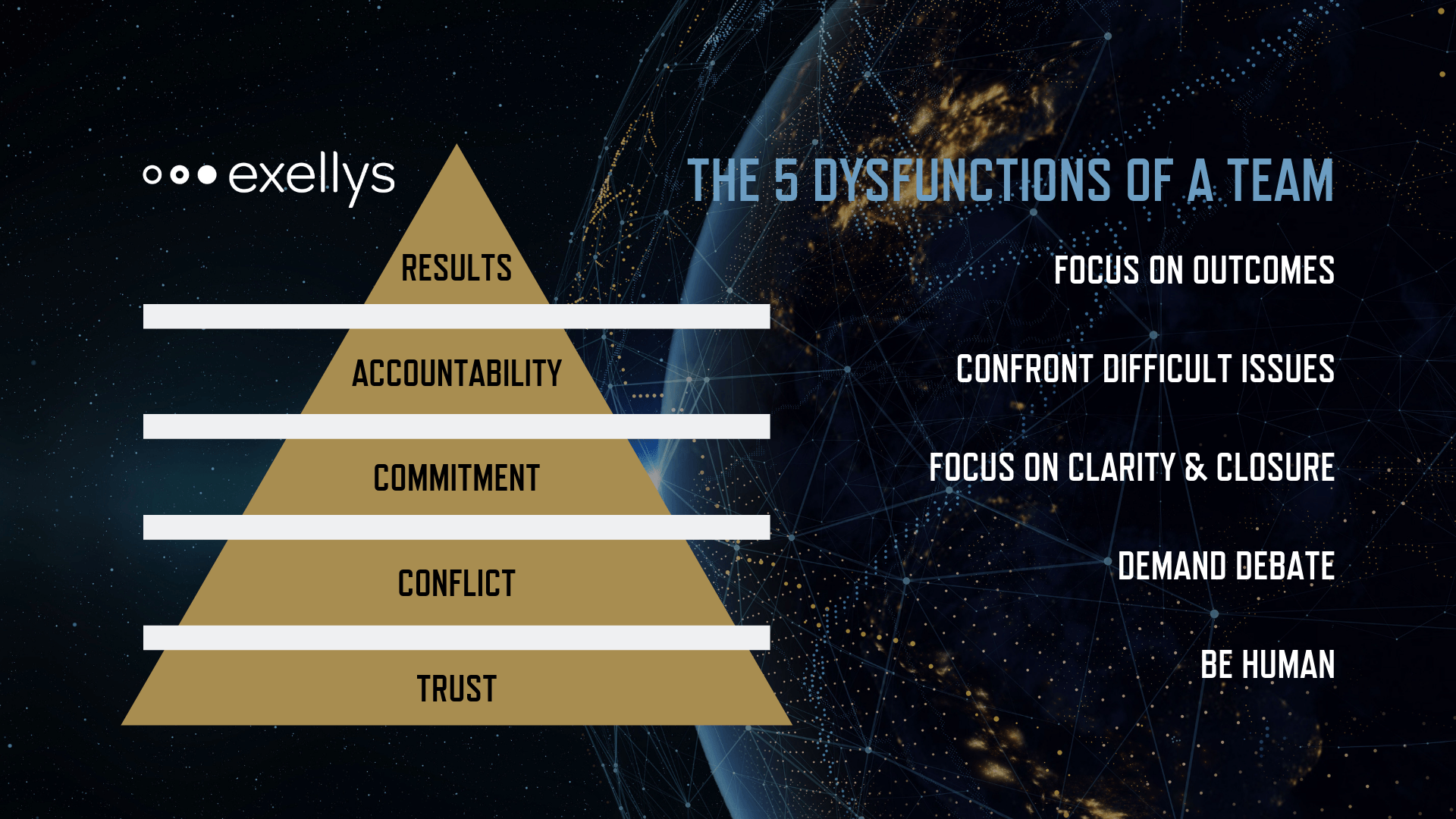 So far, we’ve discussed the importance of building trust within a team and fostering teamwork. We’re now at the final idea; what do you strive to accomplish with that trust?

The eighth key idea from The Five Dysfunctions of a Team is that constructive conflict, such as healthy debate, is necessary for a team to make the best possible decisions. This is like the icing on the cake; the pinnacle of what a team can do to accomplish their ultimate goals faster and better.

Lencioni asserts that team members who don’t trust each other are unlikely to feel comfortable enough to debate each other during meetings. He argues that debate is the ultimate form of constructive conflict, and it is a positive thing, not a negative one.

But creating a team that can embrace conflict is no mean feat. Even with all the trust and team spirit in the world, one of the most uncomfortable moments in any team is when a person is given feedback. The feedback itself may be constructive and well-intentioned, but the act of ‘calling someone out’ for a mistake or a missed deadline is rarely well-received. The person receiving the feedback is likely to feel insulted, targeted or belittled.

So how can you promote a culture of constructive conflict within a team? Lencioni suggests the best approach is to build trust through team-building efforts. This could include sending staff out on away-days during which they carry out practical tasks that build trust such as building boats, navigating unfamiliar terrain or other outdoor adventure activities.

With the right support, team members will be more willing to engaging in constructive conflict and this way the team will work towards making the best possible decisions.

If you’re looking for ways to lead your team to greatness, The Five Dysfunctions of a Team is well worth a read. The book’s key message – great teamwork is your ultimate competitive advantage – still holds true today, just as it did in 2002 when the book was first published.

By starting from the understanding that every team is inherently dysfunctional due to the natural limitations and flaws of its members, you can start to lay the foundations for building trust by admitting your own weaknesses and promoting a no-judgment culture.

We highly recommend reading this book and feel that it helps managers at all stages of their career deal with difficult team members and develop trust within their team. Want to learn more about how we integrated some of Lencioni’s key take-aways in our unique training program? Head over to our website to find out! 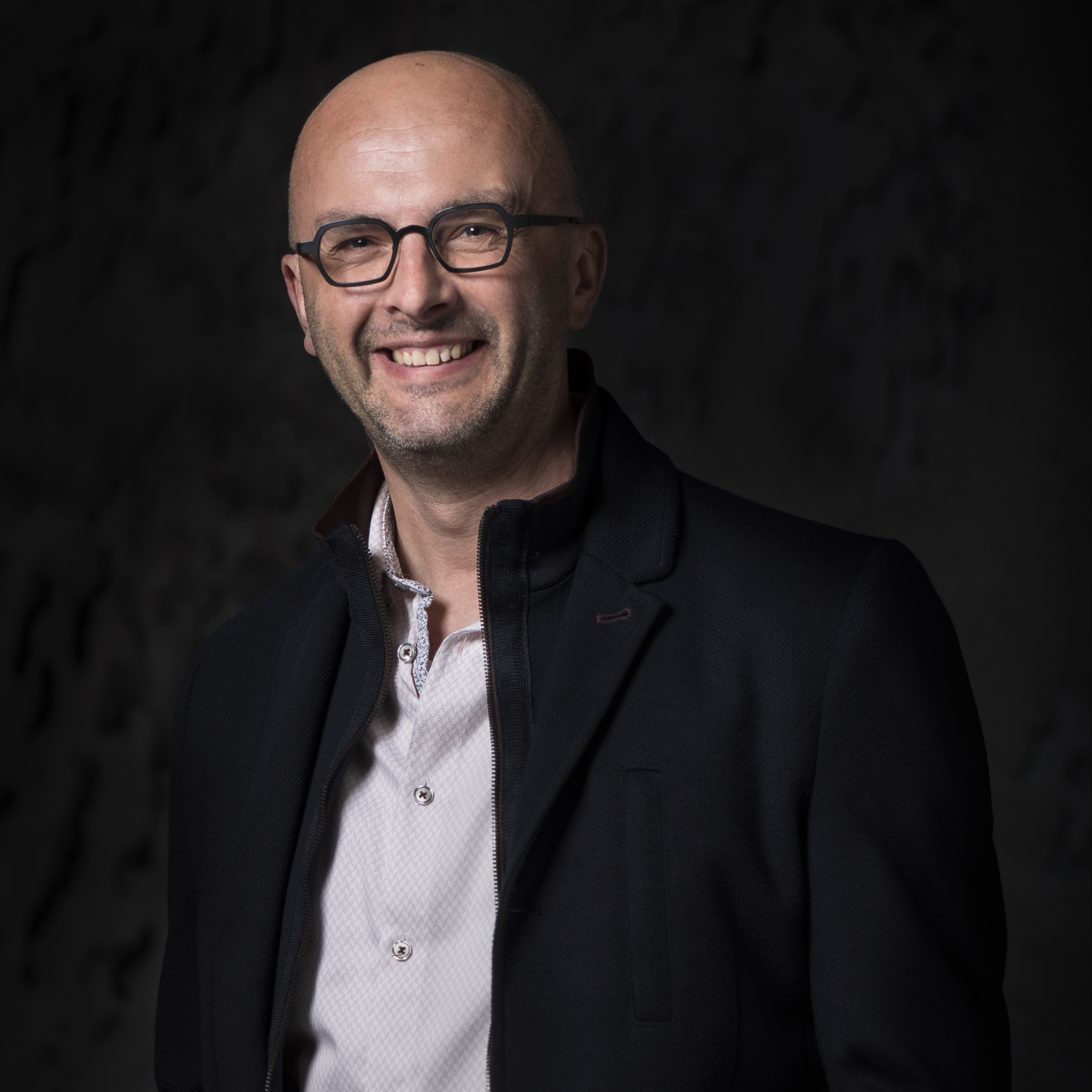