How to future proof your business using Horizon Scanning

Written by Steven Geelen on 8 August 2019 for Clients

We’re living in a world of unprecedented change. Memory transplants between sea snails are now a possibility. Medical drone flights in the Netherlands are now a reality. And thousands of people are willing to be implanted with microchips for greater convenience when opening doors. But change has brought plenty of uncertainty, too. Sea levels are on the rise. Brexit is on the horizon. And nationalist political ideas are sweeping across our planet. While in the meantime, our current education programs only focus on ten percent of the necessary digital skills. 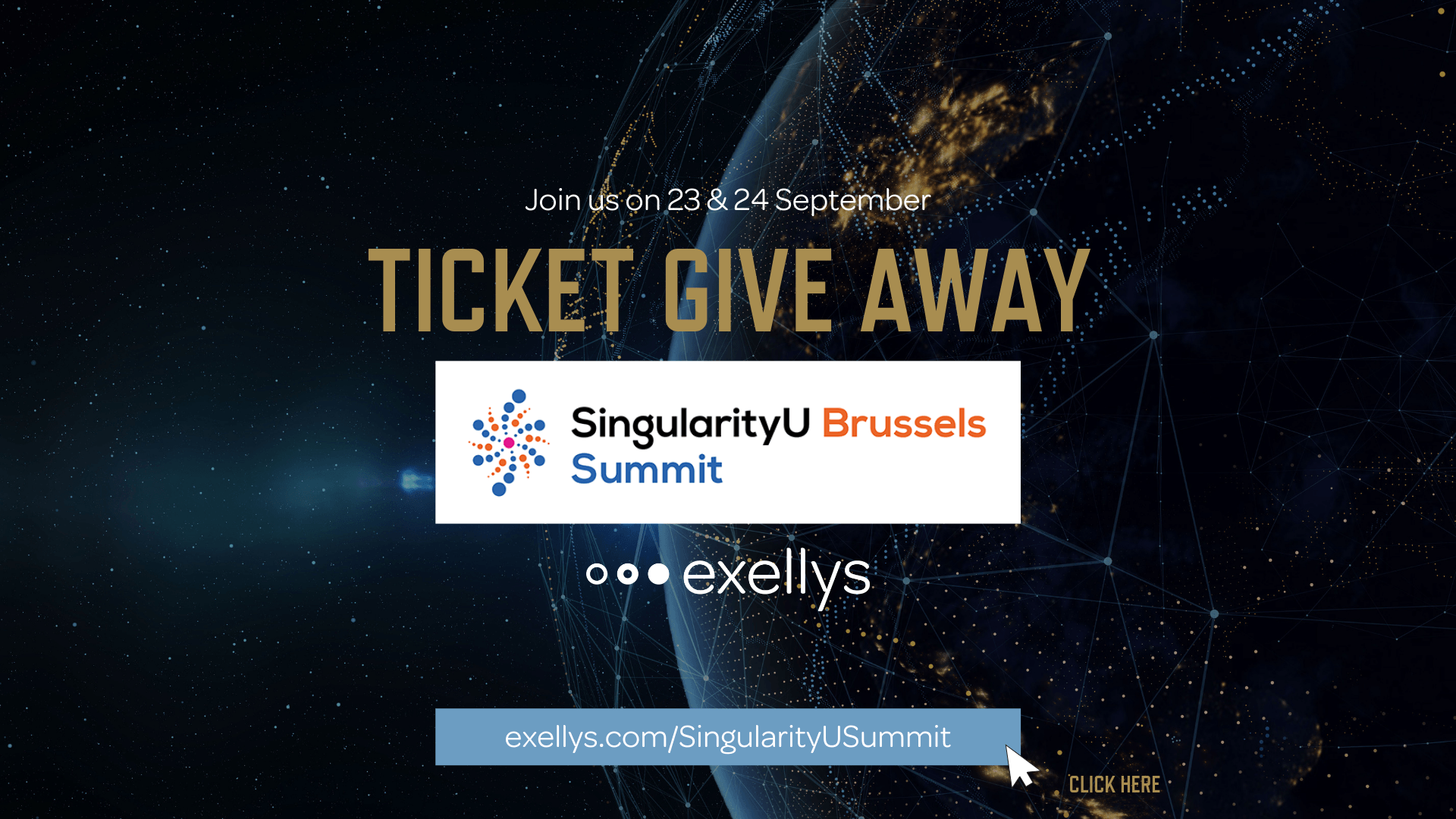 Given the scale and scope of these changes, how can future leaders thrive and prosper in the coming years?

That was the question that futurist Keith Coats recently answered for us during a special edition of our ‘Meeting of the Minds’ event. When talking about some of the crucial skills for future fit digital leaders, he introduced us to the concept of ‘Horizon Scanning’ and explained how to master this skill through a framework called the TIDES-model.

We’ll explain everything you need to know about Horizon Scanning and how to use the TIDES-model to future-proof your career or even your business.

The challenge of rapid digitalization

Keith Coats spoke of a world of exponential change. A world of Brexit. A world of President Trump. A world of increasing globalization. A world where populism and nationalism are on the rise.

The reason? According to Coats, there is one main culprit: rapid digitalization. From his privileged position of working with a variety of clients at an executive level, he senses widespread panic that people and businesses are failing to keep pace with the rate of change. This is undermining people’s sense of purpose, usefulness, and belonging. Everyone is telling us we need to be agile and quick. It’s a drumbeat that’s hard to ignore. Yet people are struggling to keep up.

What is Horizon Scanning?

Horizon scanning is the skill of being able to have an intelligent conversation about the direction in which a person or organization is going. It’s not about knowing what the future is – no one can tell us that – but it is about working in a coherent way and having a conversation about what we’re doing and more importantly why.

To make his point, Coats asked us all to close our eyes and point to wherever we felt North was. No apps! When we opened our eyes, we saw that everyone was pointing in different directions (there was even someone pointing up…). This exercise showed us that we can’t possibly know the correct direction to move in – either directionally or strategically – unless we confer, discuss and work together.

So, if we can’t predict the future, how far should we look? According to Coats, the ‘horizon’ timeline varies radically from company to company. He shared his experience of working with an airplane manufacturer. They had a 30-year timeline so when they talk strategy – they’re looking at the next three decades. He also shared his experience of stepping into a multinational investment bank – their time horizon was the next financial quarter. In Coats’ view, that last time horizon is far more representative of most companies when they speak and think about time horizons.

What’s needed is a model or a framework that helps with coherency: The TIDES-model.

TIDES is an acronym that says there are five key disruptors that you should pay attention to if you want to future-proof your career or organization. 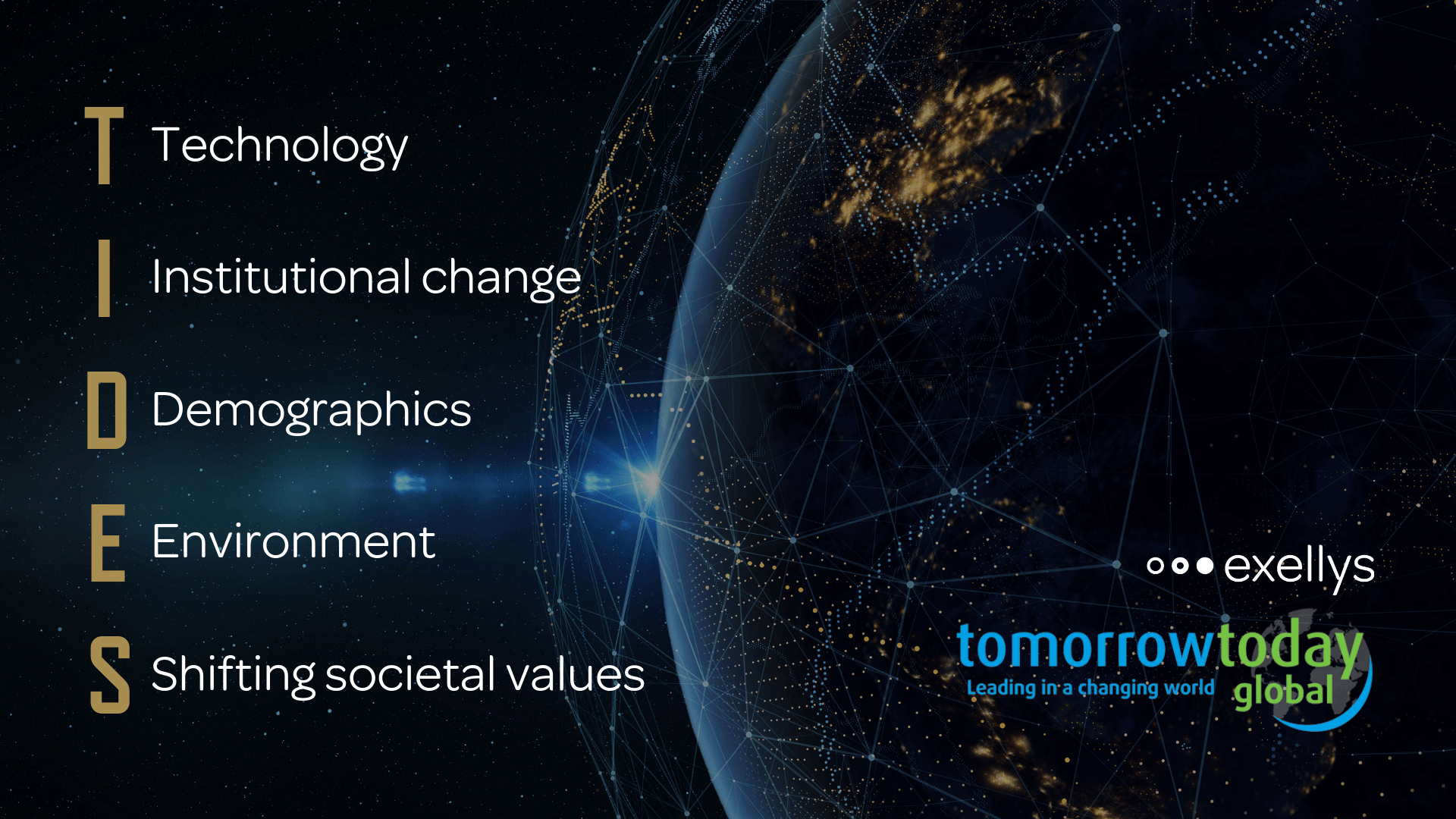 According to Keith Coats, if you are paying attention to these five disruptors, and asking the right questions, you’ll pretty much be future proof. Let’s look at these areas in greater detail.

Technology is an incredibly broad area but we’re increasingly seeing breakthroughs that are making what was once science fiction into science fact. Keith Coats pointed to the recent success of a team of UK-based scientists in transplanting memories from one snail into another. Memory transfer techniques could be seen as the building blocks for one day being able to transfer information from one brain to the next.

Coats also referred to medical drone flights in Amsterdam, where drones equipped with supplies and a defibrillator, and manned by medical practitioners, can be flown directly to the site of an emergency while the emergency services are on route. The drone is equipped with audiovisual equipment that lets medics talk with people on the scene and tell them what they need to do to save a life.

Technology also covers implants and implanted technology, robotics, blockchain, genetic editing and so much more. This will all have a dramatic impact on how we live and how we work. Coats suggested that keeping abreast of the latest technological changes was the best way to approach the development your Horizon Scanning skills.

The ‘I’ in TIDES stand for Institutional change. It stands to reason that if the world out there is changing, institutions must change too. Keith Coats noted that the business models of companies such as Facebook and Uber were, not that long ago, inconceivable. Yet they have landed and have made a huge impact. According to Coats, there are many other business models in established sectors that are ripe for disruptions and whose days are limited.

According to Keith Coats, demographics is the topic “most neglected in leadership conversations”. Why? Because demographics takes time to unfold. For example, economists have been warning for decades that the biggest crisis facing Europe is the pending retirement of the so-called ‘Baby Boomer’ generation. As the number of retirees swells and the workforce shrinks, retirement benefits and health care costs will spiral out of control. 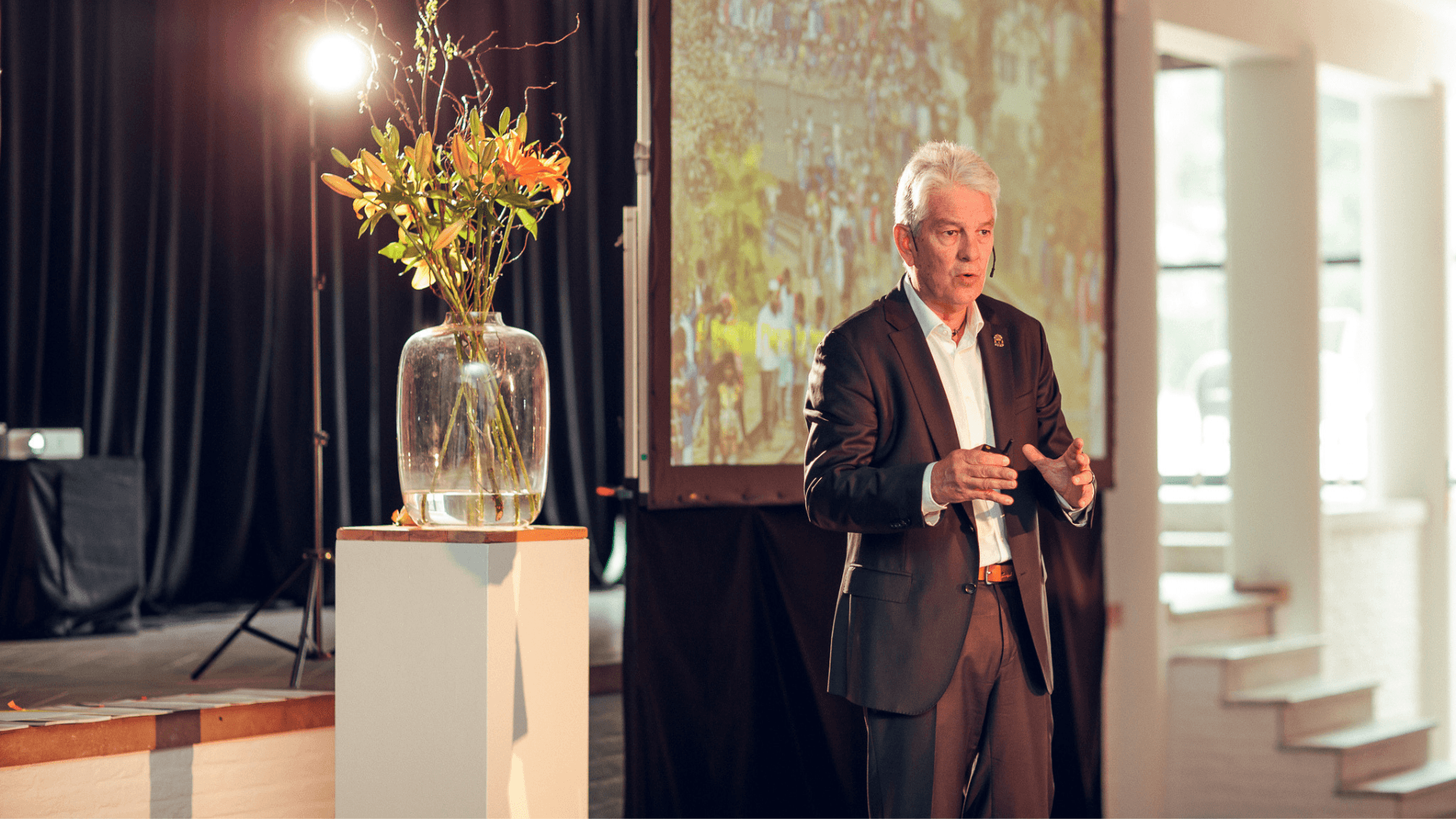 When talking about demographics, one of the main upcoming shifts is the shift to the East. For previous generations, it was known as the ‘Far East’. But according to Coats, it’s no longer the Far East – it’s the “Near East,” and it’s reshaping the globe. Bringing up a map of the top 10 most populous cities in 1918, he noted that just one city – Tokyo – had retained its top 10 slot just a century later. Coats advised young professionals to be prepared for the fact that they are going to grow up in a world dominated by countries and economies that are very different from our own and from the past. This demographic shift will radically change the global economy and we need to be prepared for this shift.

As we look outside, we see a world that is getting increasingly warmer (despite what Donald Trump says). According to Keith Coats, the debate is not whether the world is getting hotter; the debate is what is causing it and what the consequences are.

The environment is a key part of the framework necessary for successful Horizon Scanning.

Societal values are important to pay attention to because these values drive behavior. When we encounter behavior that is unlike our own, the way to understand and decode it is to look at what’s driving it. According to Douglas Adams, author of The Hitchhiker’s Guide to the Galaxy, “We have to be determined to be lifelong learners.” Adams wrote that “When you’re born, anything in the world is normal. Anything invented before you’re 35 is revolutionary. Anything invented after you’re 35 is unnatural and wrong.”

According to Coats, we shouldn’t become fixed about how we see, understand and behave in the world. While Horizon Scanning, it’s important to keep shifting societal values in mind.

Getting off the dancefloor….

Keith Coats spoke of the need to be paying attention in a coherent way to what is changing and why. He noted that too many executives spend too much time in their comfort ‘bubbles’ – or what he called ‘on the dancefloor’. He doesn’t begrudge them their success: they are good at doing it. That’s what got them into their positions in the first place. They were the best dancers so they got noticed and promoted. 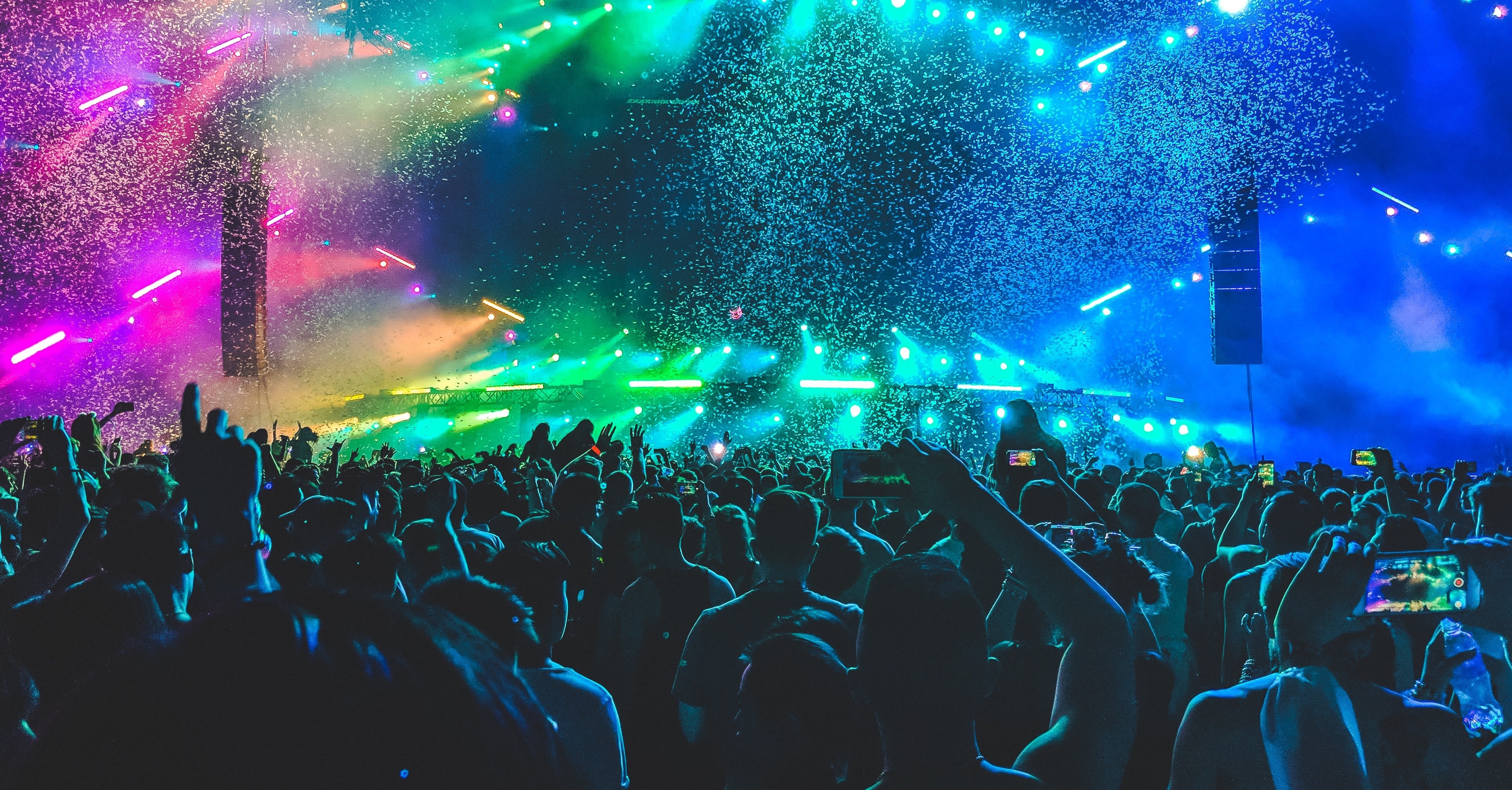 Yet staying on the dancefloor in a world of constant, sweeping change is dangerous. You miss what’s on the periphery. Coats suggested a novel solution; ditch the dancefloor for the balcony. A figurative tool that lets anyone gain perspective. When you step onto the balcony, you see the entire sweep. Instead of limiting your view to your immediate surroundings, you see the change.

Whether you are starting your training, stepping into your first proper job, or taking on a new challenge entirely, horizon scanning is an invaluable skill. And the TIDES-model is one of the best frameworks for embracing this skill and Coats’ advice to get off the dancefloor and onto the balcony can work wonders if you want to future-proof yourself and/or your organization for success in the world of tomorrow. 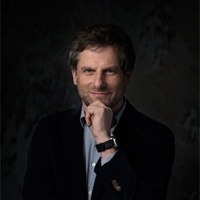