The five best talks from JS/CSSConf in Berlin

Written by An Siebens on 7 August 2018 for Tech Professionals

Three front-end developers are sitting on a plane. What happens next? Not too long ago Stijn, Steven & Yoran, three Exellys consultants of the ING team attended the JS and CSS Conferences in Berlin. When they came back, we asked them to select their five favorite talks. So sit back, grab some popcorn (and maybe a note book) and let’s get started!

The CSS grid layout is a two dimensional system which aims to disrupt the way we design grid based user interfaces. In his presentation, Oliver Williams discusses everything he has already refactored and is planning on refactoring. He also shows how to deal with browsers that don’t support all features using the CSS ‘@supports’ rule.

The World Wide Web has a lot of different users and they all have different needs. Some of them might experience limited vision or hearing problems. It is of critical importance that websites are accessible for these users as well. Although the general awareness on this issue is increasing, there is still a lot of room for improvement. By obliging all websites (by law) to comply with certain “Accessibility Guidelines”, Norway has taken up a sort of pioneer role when it comes to this topic. With their company Confrere Dag-Inge Aas and Ida Aalen are helping organizations to  meet these guidelines while still maintaining their own brand theme. They are using JavaScript and CSS Custom Properties to develop algorithms that generate colors that are visible for everyone.

Asynchrony: Under the Hood – Shelley Vohr

At its base, JavaScript is a synchronic, single-threaded programming language. This means that a new task can only be started when a previous one is completed. In this talk, Shelley Vohr is exploring the different possibilities to execute JavaScript code in an asynchronous way. She covers the exact differences between callbacks, promises, generators and async/await, followed by their positive and negative sides. She rounds up her presentation with a short glance on the future of an asynchronous approach JavaScript.

Everyone who uses a computer every once in a while has probably noticed some of the pop-ups that might pop onto the users’ screen asking for their permission to show notifications, sometimes even before it might be clear what that specific website is about. This unpleasant user experience might cause even good notifications to be blocked. In this talk Phil Nash gives a thorough explanation on how, when and why to use notifications as a developer.

Ryan Dahl, the creator of Node.js can be considered as the headliner on this conference. As you can probably tell from watching this video, this was noticeable in the audience as well. Every developer in the room was watching Ryan Dahl who was reviewing his own creation and more importantly, selected ten things he would, in retrospect, do completely different having the experience he has today.

Still looking for more knowledge bombs? Make sure to head over to the JSConf YouTube channel where all the talks of both conferences are collected. And last but not least, check out this short aftermovie Steven made!

Besides a group of awesome colleagues, a personal coach and numerous soft skill and technical trainings, joining Exellys also means that you get an extensive training budget of five thousand euros. So have a closer look at our job page and you just might be using some of your 5K to go to next year’s edition (as long as you don’t spend it all on the Berlin nightlife). 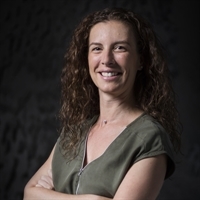