Video: The unexpected career path of a bachelor in IT

Written by Laure Busschot on 29 June 2019 for Tech Graduates

Meet Stijn Pittomvils, an Exellys alumnus who graduated as a Bachelor in IT. In a little over 20 minutes he’ll take you through his entire professional journey (up until today). From his internships to his current employer, Projective. His main message? Don’t be afraid to switch things up occasionally, and when an opportunity presents itself, seize it!

Don’t have 20 minutes? Scroll down for some written highlights!

Between 2016 and 2019, I completed a bachelor in Electronics and ICT at the Artesis Plantijn Hogeschool in Antwerp. It’s not that long ago, but somehow it feels like ages. The good thing about the study that I chose, was that it was very broad. But what seemed like an advantage at first, ended up biting me in the ass – I had my fingers in all the pies out there, but no idea what I wanted to do with my life. Soon came my third year of studying, recruiters were coming at me left, right and center, jobs were thrown at me in abundance, and I literally had no idea where I wanted to go.

So I made a list of all the options that I could pursue. Developing? No. Line Support? Absolutely not. Robotics or electronics? Interesting, but not really my cup of tea. Start-ups? Nah. I ended up with two options left: networking and security. I finally had a plan: be a consultant for a few years, then become self-employed and make loads of money. Spoiler alert: that’s not what happened.

Yes, plural! I ended up doing two internships. First, there was the ‘normal’ internship that everybody studying for a bachelor’s degree had to do. The one where you do your working days, write your thesis, pass… and then proceed to forget everything you’ve learned.

I did my school internship with at a consultancy company in networking and security, located five minutes from my home. It seemed like all the stars aligned. However, when I got there, it turned out they had already given the position I coveted to someone else. And my school had locked me in to that company already, so it seemed like I was out of luck. They eventually made a task from me: I had to investigate the ISO27001 compliance for them, so they could get the certification. All the initial hassle aside, it was fun!

At the end of the school year, I came to the unfortunate realization that I had failed a class and couldn’t graduate. I was forced to take another six months of school, for only one day a week. I didn’t want to sit idly by on those other 4 days when I had nothing to do, so I started to go for interviews with companies, explaining I wanted to do an internship for six months while I was still in school, to learn something and give myself an edge for the future. The companies all said no. And that’s when Exellys came into play.

I had a talk with Exellys, and they said they could arrange an internship for me. They came up with a position at as a developer at Delen Private Bank. I explained to them I had some doubts, I wasn’t sure developing was for me. And they pointed out that this was actually the perfect opportunity for me to find out. I’d go in for six months, no strings attached, and if in the end I didn’t like developing, there was nothing ventured, nothing lost. So I did it. I became a Typescript Developer for Bank Delen, and I actually really enjoyed it! But I also realized, it wasn’t what I wanted to do for a living.

After my internship at Delen Private Bank, I officially got hired by Exellys. For me, there was no question. I had a very good experience with them and wanted to pursue it further. What really made Exellys stand out to me, was the atmosphere, how they made me feel, how they treated me and how I was managed. Exellys really listened to me, to what I wanted in life, unlike most other companies I had interviews at, who just wanted me doing whatever on their payroll so they could make some money off me, not caring about what it was that I wanted for myself. At Exellys, everyone was genuinely friendly, not the kind of friendly you get when somebody is trying to sell you something.

A second big reason why I wanted to work for Exellys, was the support you get there: with the Talent Development Manager, the overhead, the helpdesk teams. Everyone is really there to assist you, check up on you, see how you are doing.

Third, I really liked the trainings: the Start Smart, Grow Smart and Lead Smart programs. I enjoyed that I had the freedom to choose what I wanted to do with my training budget, which certifications I wanted to get.

After I signed on, I also found out about the events, which are always catered perfectly and a lot of fun. Definitely a selling point as well!

About my matching process

I sat down with Exellys. They asked me what kind of atmosphere I wanted to work in, what kind of job I wanted to do. They really listened to me and started searching. If I didn’t like what they came up with, they would search some more. In the end it was my third or fourth interview where I felt the connection and started my contract. This was at Bridgestone.

The first reaction I got from people when I told them I worked for Bridgestone, was: what the hell are you doing working at a tire company with an IT degree? I explained to those people Bridgestone is more than a tire company, they also make golf gear, sportswear, they made the seismic isolation for the new Olympic stadium, and they have something that they call the Mobility Solutions Team. This was the team that I was a part of.

The project I came into was Mobeflex, an electric bike leasing project. This was a start-up within Bridgestone. I really liked it there. I started as a Functional and Business Analyst, but after only a month and a half, I was already the IT Project Manager. After a year, I became IT Venture Head for this project, meaning that anything and everything IT-related had to go through me. This was a lot of pressure and responsibility that suddenly came to me. After all, I was a 22-year-old only working for a year! I took trainings with Exellys and learned all that I could, and it turns out I did a pretty good job. The people at Bridgestone were very happy with me and definitely wanted to keep me on board. But then at the end of my two years, when my integration date started to move closer, something unexpected happened.

Back on the bench

In December, we got the news that within 3 months’ time – exactly at the time of my planned integration with Bridgestone – the project had to close down. The people at Bridgestone still wanted to keep me, but they didn’t know where to place me. In the end they came up with three possible positions for me, none of which really tickled my fancy. So I decided not to switch onto Bridgestone payroll – that was the first of my two crazy decisions I’ve made in my career so far. 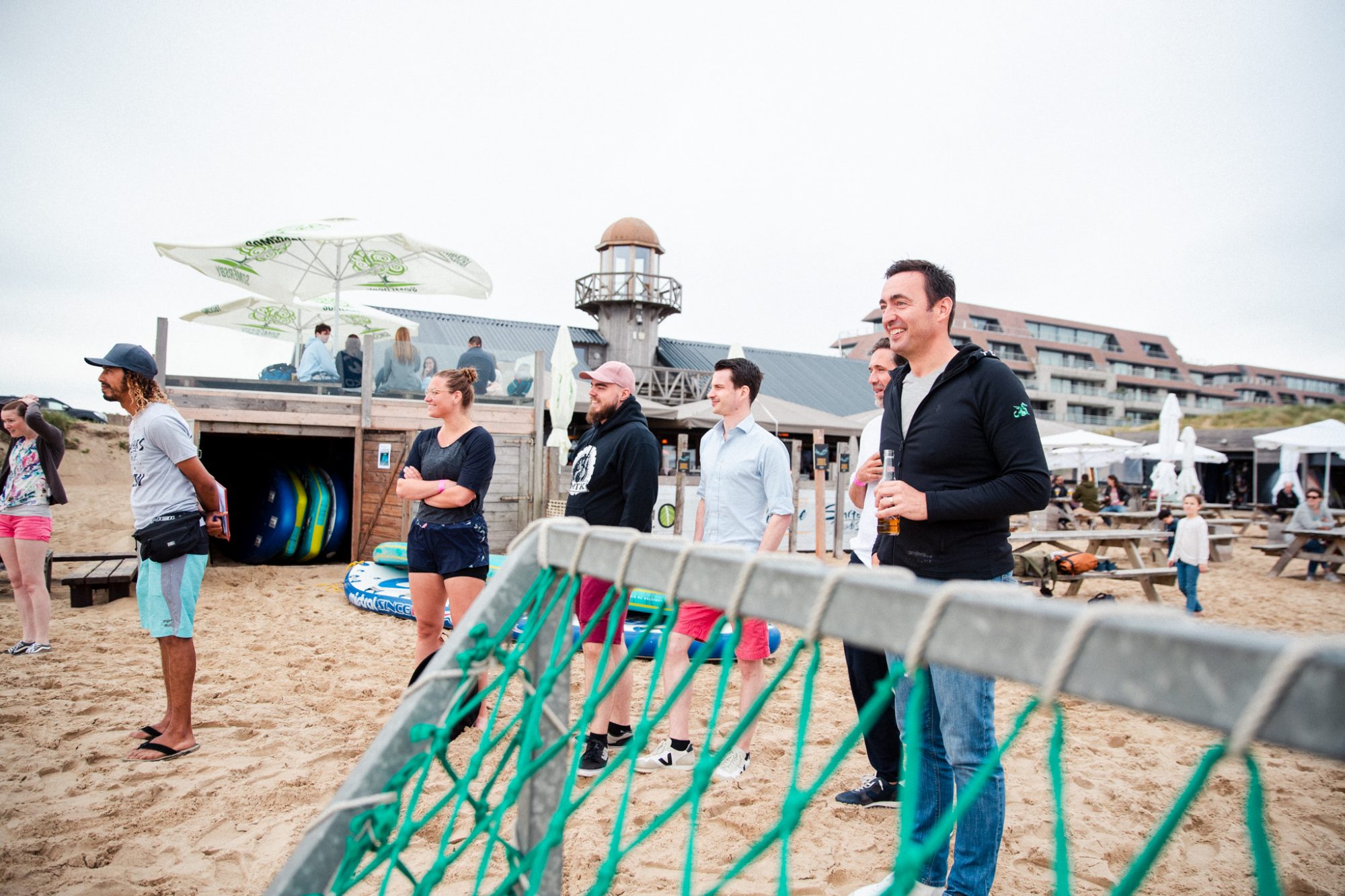 I went back to the bench at Exellys. This means that I was still working for them, but I wasn’t employed to a customer at the time. For about two to three months, I went through my rematching process whilst also taking on some internal tasks at Exellys, both IT-related and general tasks. After a while, they told me that there was no management position available, and they advised me not to stay with them, but proposed Projective as a new start, which is also a part of their broader ecosystem. Leaving Exellys where I was comfortable and happy, and going to work for Projective, a consultancy and change firm in the financial sector, was my second crazy decision.

It may sound strange, that Exellys suggested this move to another consultancy firm. But they belong to the same group. This also allowed me to finish my trainings with Exellys while working for Projective, something I’m very happy about!

Projective is a very similar company to Exellys: the same atmosphere, the same training program, the same matching progress. The biggest difference is that they target more senior profiles, which also means: less guidance. You’re not assigned a TDM, you don’t have an entire crew supporting you.

Under Projective, I went to work for Euroclear as a Program Support Officer. My biggest concern here was that I have zero financial background. I was afraid I would have no understanding whatsoever of anything that was happening there. I picked up a couple of books and started reading more about it, but as it turns out, those were worries over nothing because so far, I haven’t done anything financial yet.

The main reason why I like where I’m at right now, is because it’s very challenging and it’s helping me grow into something bigger. But I’ve only been working there for about a month now, so that’s about all I can tell you at this point.

Don’t be afraid to take a risk

The conclusion to my story is this: don’t fixate yourself on a goal or an agenda that you make when you’re still very young. If someone had told me three or four years ago that I’d be doing what I’m doing now, I wouldn’t have believed them. I would’ve thought this would be nothing for me! But as it turns out, I grew and learned a lot thanks to the opportunities that were presented to me.

The most interesting opportunities are usually the ones that hold some risk. My advice? Don’t hesitate to change things up and break the mold a little. I’m not saying you should be reckless and change companies every five minutes, but if an opportunity presents itself and you’re not sure whether you should take it: Just do it!

You’re young, there’s nothing holding you back except for your own fears of failure. You shouldn’t listen to those fears, because if you don’t try, then you’ll never know. I’m very happy with where I am at right now, but it’s a long way from where I thought I’d be.

Through intensive training and coaching, you’ll gain the essential skills, competencies and knowledge necessary to become the highly effective professional you aim to be.

Become an Exellyst and get in touch with us today! 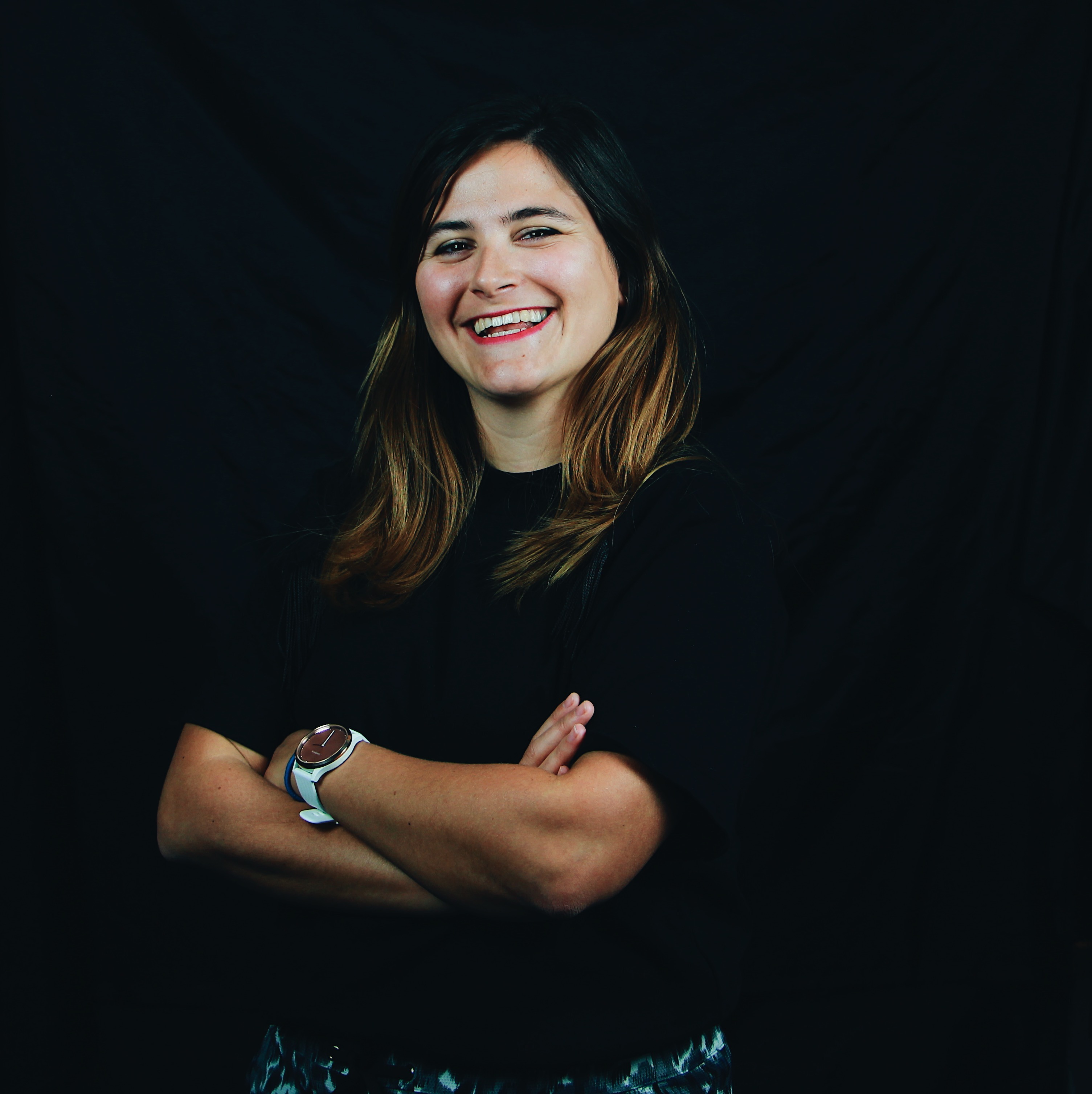