Written by Astrid Roest on 21 September 2019 for Tech Graduates

Hendrik Janssens knew he wanted to do ‘something with IT and business’ after graduating. And possibly with lots of traveling because he wants to nourish his curiosity for other countries. After becoming a pro at job interviews – because of several talks with companies in different domains – he found his passion and felt an immediate connection with Umicore, who offered him a job as an SAP Business Analyst only one day after the interview. A match that goes both ways, if we may say so. 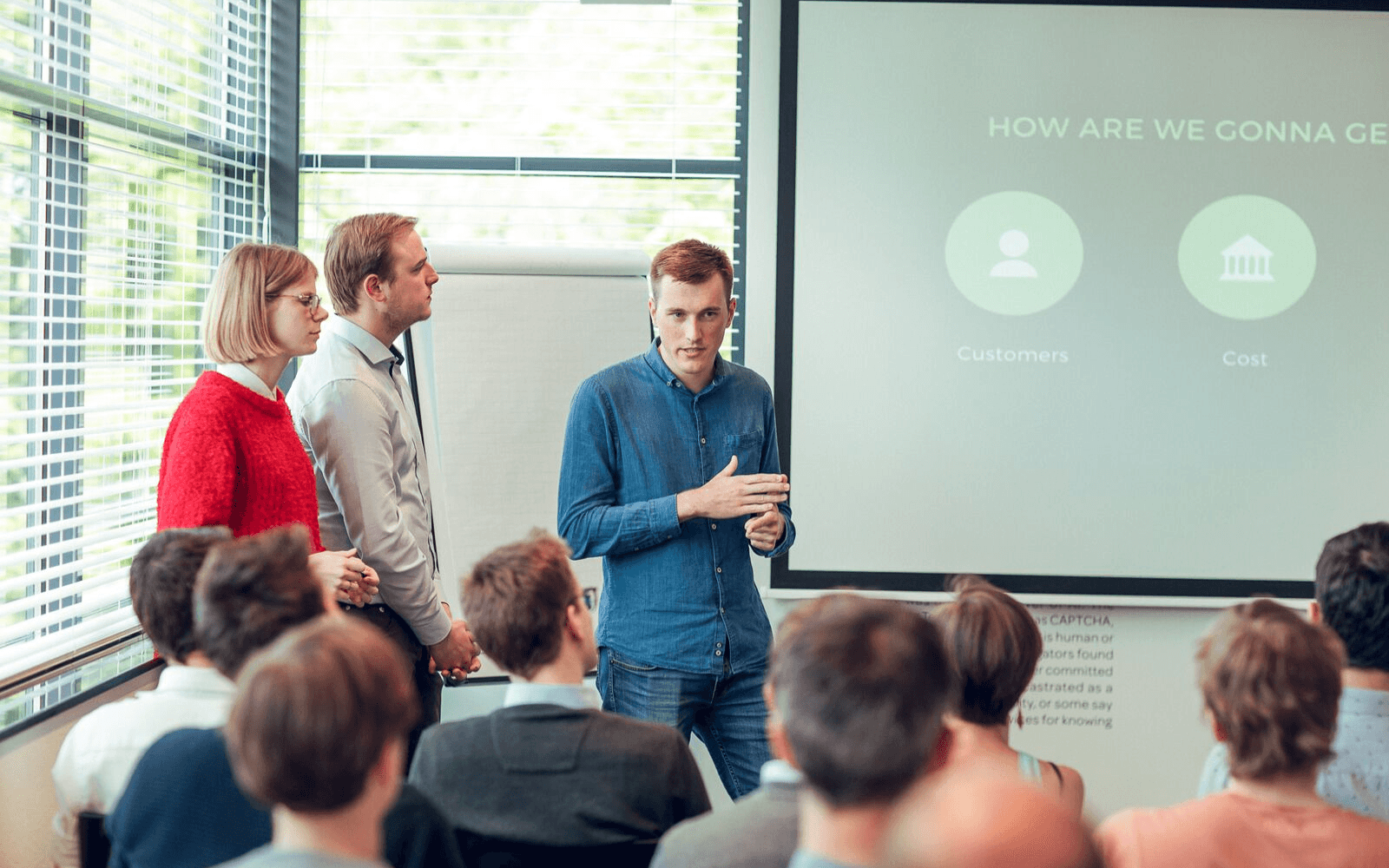 Hi Hendrik, can you tell us how you found Exellys or how we found you?

One of my class mates knew Exellys and told me that I should definitely go check them out. I scrolled around on your website and really liked the videos and testimonials from other consultants because the company itself and the jobs seemed cool. When I encountered Exellys on a job fair, I almost automatically dropped off my CV. However, I don’t really remember if I contacted you or whether you gave me a call, but after my first interview, that’s when the ball started rolling.

Why did you feel like Exellys could help you with your job hunt?

The main reason I was interested, was Exellys’s way of working and the idea of being an IT consultant at a client’s site. At that point in my life – I was just about to graduate – I had no idea what kind of job I was looking for, let alone which company I wanted to be hired at. I studied Industrial Engineering Technology, which focused a lot on building software and programming, but I did not want to be a full-time developer.

Because Exellys takes on the responsibility of looking for the perfect match between consultant and company, I felt like you were the ones who could help me find my professional path. I only had a vague idea; I wanted to do something that was a great mix between IT and business. And you managed to help me find out what I really wanted in a job.

How did you experience the procedure, from interviews to finding the right client for you?

During the first interview, the Talent Development Managers really took their time to clearly explain what Exellys stood for, what you had to offer – such as trainings and personal coaching – and how the matching procedure would work. I really felt at ease during that first interview because it was more a casual, fun chat about who I was and what my goals were in life. So it did not feel like a job interview with tons of hard questions at all. After the first interview, I took some technical tests and I had a final talk with Raf, the CEO, who immediately presented two possible job opportunities. 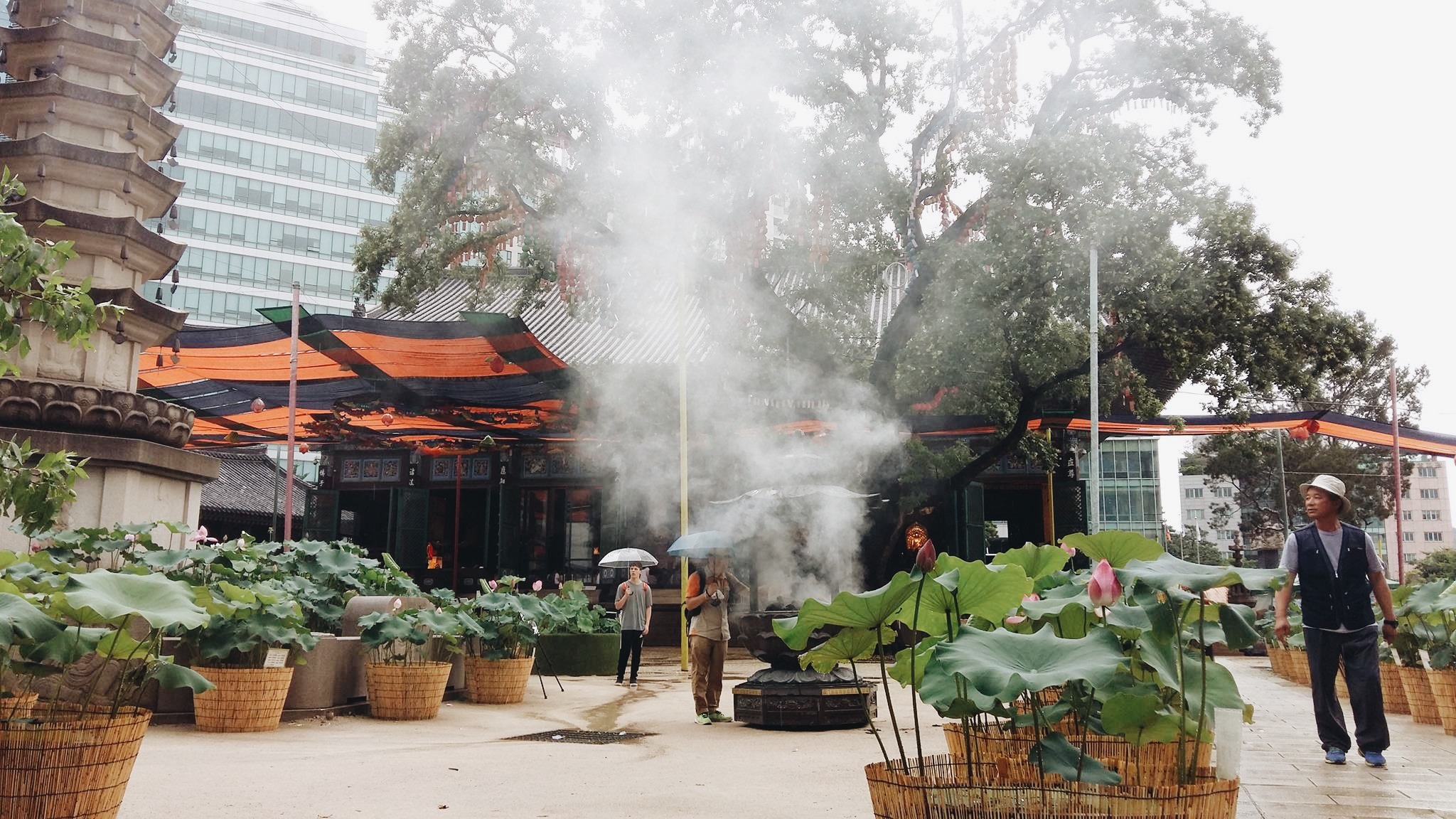 So you quickly found your dream job?

Well actually, I didn’t. I kind of set a record for the longest matching procedure at Exellys (laughs). My first interview was in April and I had several talks with around 6 companies, but I did not immediately felt a match. Then summer arrived and I still had some exams to retake, a student job and a trip abroad, which did not leave me a lot of time to take interviews or look through vacancies. But when I got my diploma by the end of September, I picked up the hunt for that first job again. I even had a day on which I talked to three different companies, so that was quite intense.

Ultimately, I came back to Exellys and talked to four more companies, but still no match. Until Steven, my Talent Development Manager, found something that he was sure would fit my profile: a job as Business Analyst at Umicore which included lots of traveling. And then everything went extremely fast. I visited Umicore on the day Steven had called me, we talked for about 30 minutes and the next day I found out they wanted to hire me. I was really happy about that because I also felt a great match and really liked them the best out of all the companies I had visited the months before.

That’s saving the best for last, right? As an SAP Business Analyst at Umicore, what are your daily responsibilities?

As an SAP Business Analyst you are responsible for optimization and implementation of the software used for a company’s business processes. You can specialize in several modules such as finance or sales. At Umicore, I am working on the warehouse module.

A regular SAP project operates in five phases: the introduction phase (called the fit-gap) where we look into the current processes and how to implement and integrate them in the current software. In my sector, this involves a very practical and visible introduction by visiting the warehouse and inspecting the logistics and processes in place. After mapping the software, phase two starts which is the implementation. I work out a functional design for developers and conduct some testing such as basic configuration set up. Lastly, I help the end-users use the new software by giving trainings. Afterwards there’s the actual go-live and the after go-live support.

When you are assigned an international project, you have to travel a lot during those different phases?

Yes, and I’m very happy that Umicore could offer me that, since I love to explore. Only four months after I had been hired at Umicore – I was assigned a warehouse implementation project in Korea. This allowed me to travel to Korea during several phases of the project: from getting my first tour of the warehouse in order to map their way of working into software, to traveling back twice to teach the warehouse managers and operators how to work with the new system once it had been developed and implemented. 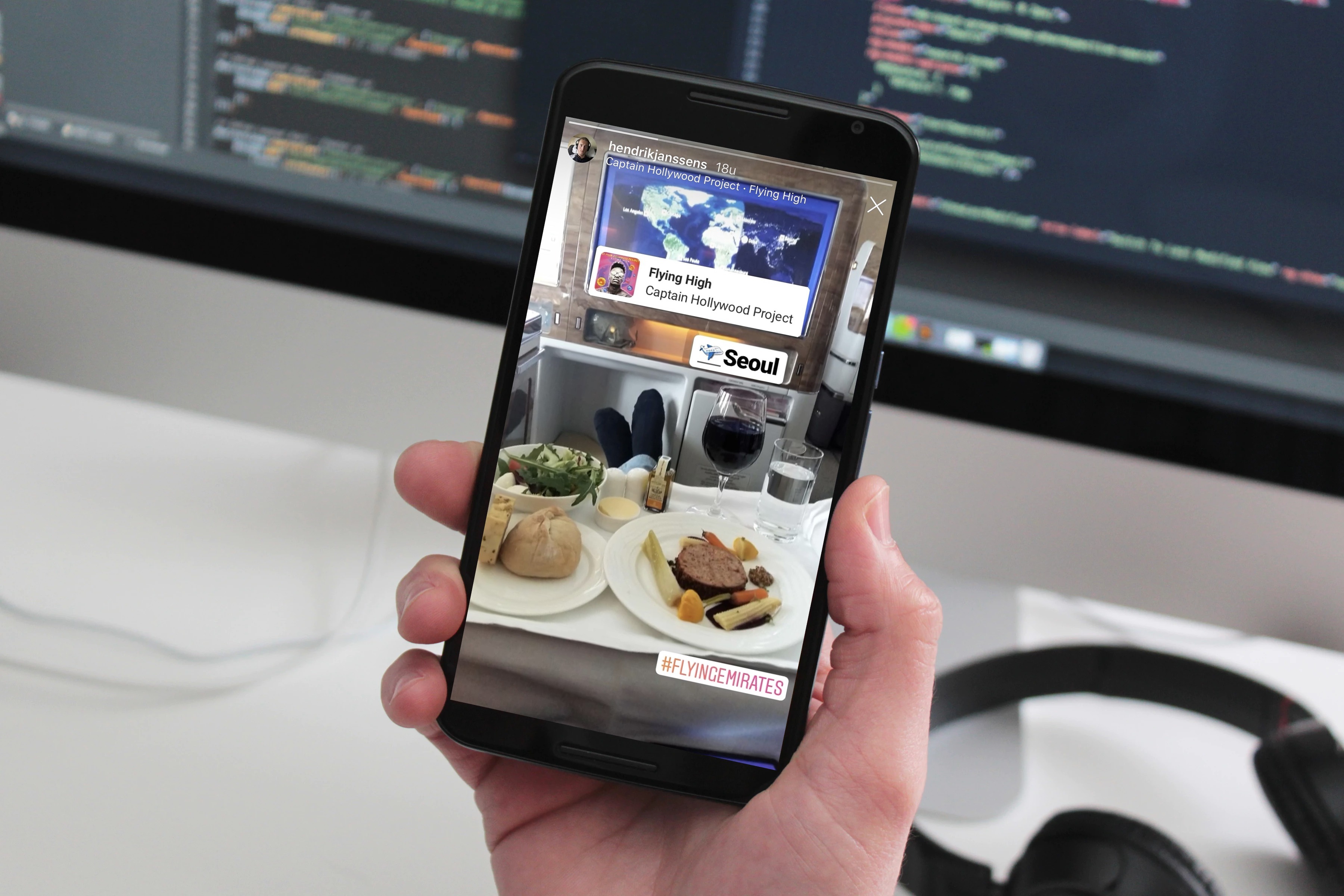 For the next phase, we will be implementing the software in China. We will be traveling with the Chinese users back to Korea, to show them how the implementation is running smoothly over there. And I’m really looking forward to getting back with some of the Korean people I met during the previous project. Since I spent about 12 weeks in Korea, I really made some good friends over there.

Sounds nice! Since you spent a lot of time in East Asia, did you notice some striking behavioral or cultural differences?

I mostly noticed differences during the trainings in the last phase of the project. Korean people tend to nod constantly during the training, even though I noticed that they did not fully understand. When I asked them if they understood everything, they kept nodding and saying everything was fine. I sometimes had to ask them more than 3 times, before they would kind of admit that they’d rather have me explain another time. That’s their way of being polite and not having to confess that they don’t really understand.

In my current job I have to present a lot and talk to big groups to provide trainings and such. Thanks to several trainings at Exellys, such as communication & presentation skills I got to practice a lot. During those trainings, we had to present to each other and give and receive feedback, which has taught me a great deal. Some tips I still remember are walking around as dynamically as possible and making use of the space. This narrows the distance between ‘the teacher’ and ‘the student’.

I have to admit, giving trainings and support is one of the things I enjoy most in my day-to-day job. And that is something I would have never thought, since public speaking used to be kind of a threshold.

Besides the trainings, I also learn so much on-site, by just doing it. I am most thankful for my colleagues at Umicore who are really giving me lots of freedom and responsibility, which allows me to learn a lot on the job. I really think doing something and gaining experience is still the best way to learn. Theoretical courses or presentations, not my thing (laughs). 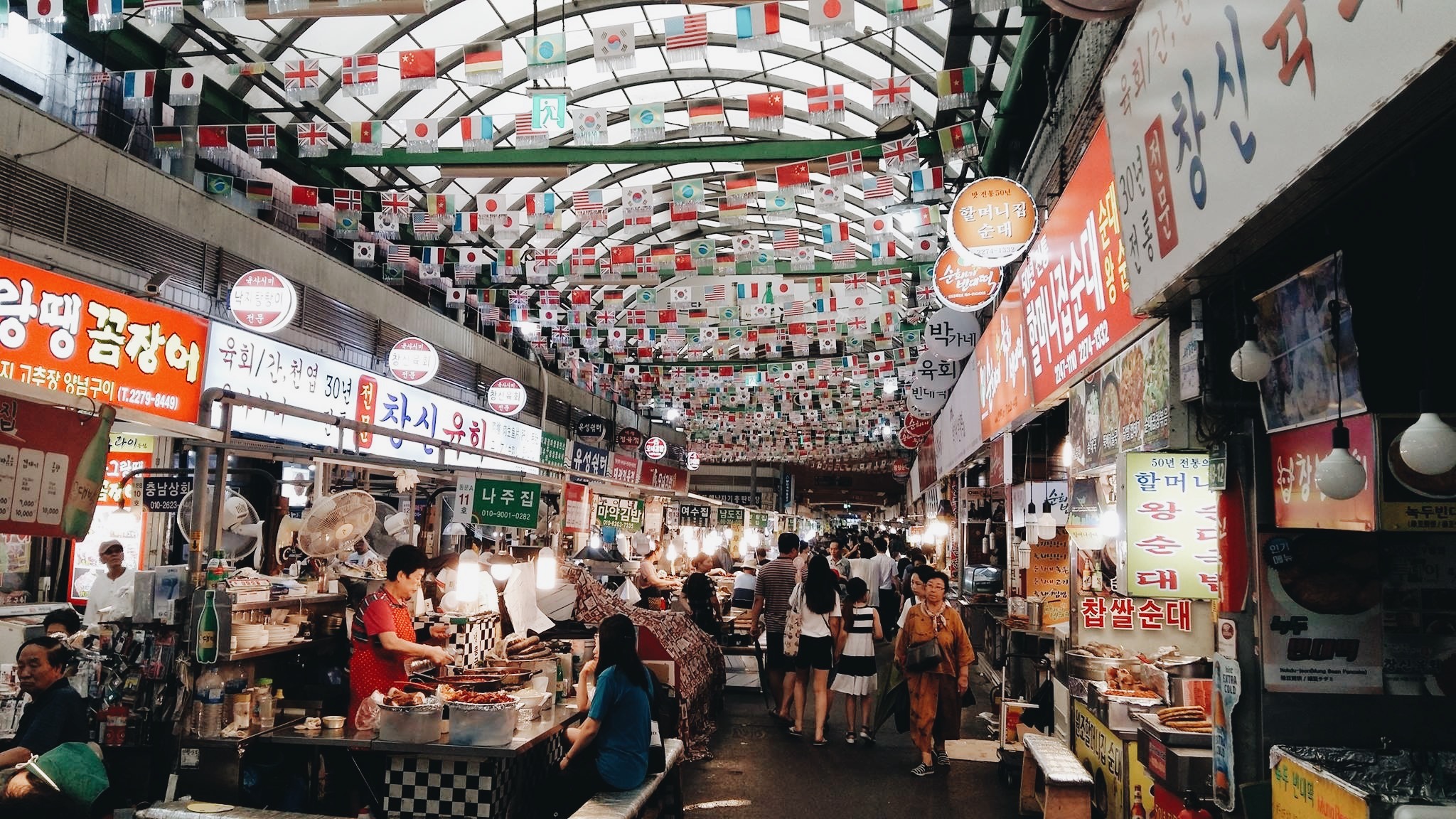 We can see you are really into your job. Do you have any last words for students who are looking for a career that fits them?

From my own experience, I can maybe advise students who are still looking for what excites them, to do as many interviews as possible, like I did when I graduated. By talking with different companies in different domains I discovered what my own interests were. This helped me find out what I wanted to do and what I didn’t. As a result, I started to look for more specific job opportunities that I knew would be a match.

That’s also why I think Exellys is a great company to help students who are looking for the perfect first job, but don’t know their specific direction yet. As long as you are skilled in IT, science or engineering, you can just knock on their door and they will help you find your drive and match you with an interesting company. 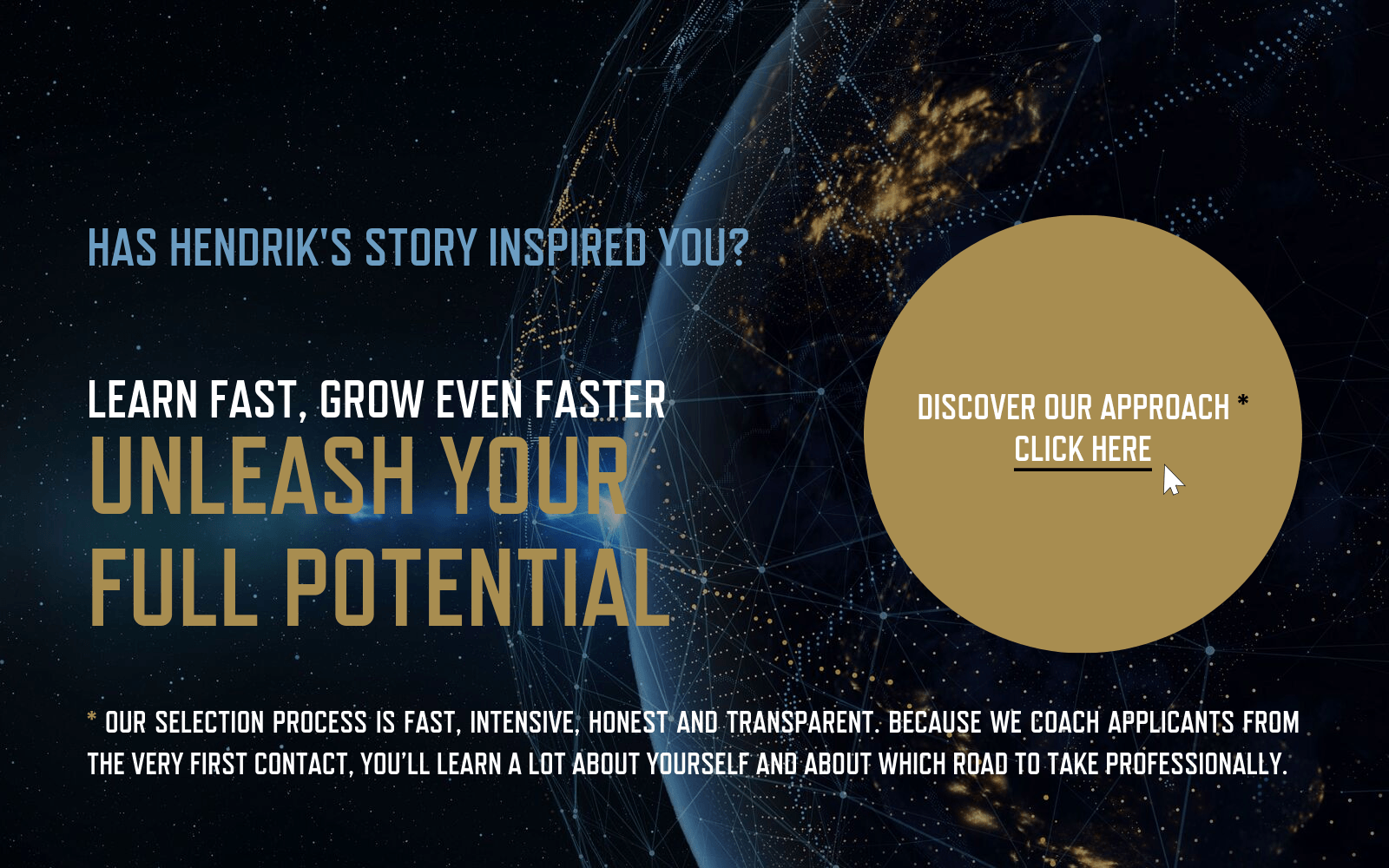 Do you see yourself flying around the world as an SAP wizard? Or are you interested in what Exellys might have in store for you? Have a look at our brand-new website or head over directly to our job page. We’d love to meet you! 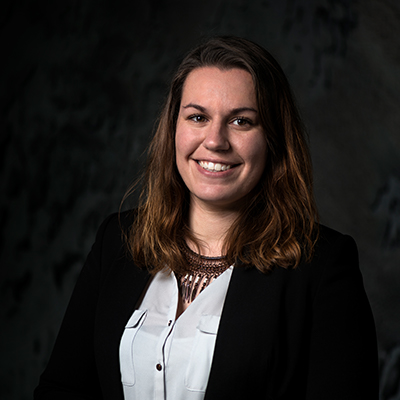